The translation for The Japanese word ''Sakoku'' means ''Closed Country'', but was commonly referred to by many European Nations of the 17th thru 19th Centuries as meaning ''Isolation''. For slightly 215 years (1633 to 1853), Japan shunned any trade or exchange of ideas with any Foreign (European) Nation. So determined to stop any form of what was perceived as ''contamination'', the slightest violation would be meant with violence to the wayward European Trader and a painful, torturous death to the offending Japanese.

Beginning with The Tokugawa Shogunate of the 17th Century AD – Traditionalism and Culture was seen as being tainted by Foreign Trade. Not only items, but fashion, Religion, food – all were being introduced by perceived ''radical ideas'' not in keeping with Japanese Culture. Most robust Cultures would adapt to such influxes, The Japanese did not.

Any Ships daring to try and trade were often attacked or their Crews were allowed to land and be captured and horribly be put to death. Many Nations would put Japan ''off limits'' as a result. Religion was seen as the ultimate ''assault''. The introduction of Christianity was seen as a major affront to The Gods and Ancestors. Most Missionaries ''caught'' likewise were martyred in a variety of horrible deaths. Still, many Japanese risked being caught (and likewise tortured and killed).

By the mid-19th Century however, Japan had begun to adopt a more ''modernistic'' approach to it's view of The World at large. United States and British Trade was allowed sparingly at first and later embraced. This was done as a means of Japanese Leaders wishing to create Modern Armies with Modern Weapons (with the help of greedy Trade Contractsmen). With this, Religion (still despised but tolerated by this time), was also allowed. 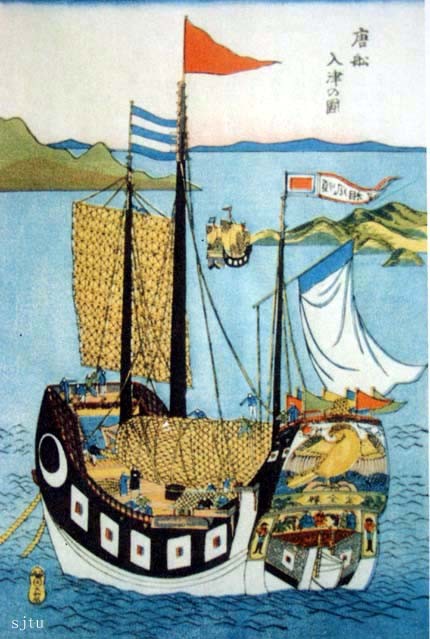