Japan developed and deployed The "Ko-Hyoteki"-Class of Submarines, as both a cost effective and clandestine measure. Used by the Imperial Japanese Navy, the term "Midget", refers to the half size (sometimes smaller) dimensions of the Submersible. On average, The Midget Subs were more more than 80-feet in length, 6-feet tall and displaced only 50-tons. Constructed between 1937 to 1944, only 50 Midget Submarines were produced. They crewed only two men, and carried (2) 18-inches Torpedoes. They also carried a "self-destruction" device which consisted of a 300-pound "Scuttling Bomb". Some of The Midget Subs were used as "Kamakazi" (or Suicide Ships), towards the end of The War.  Propulsion  was also innovated. The "Ko-Hyoteki" used 192-trays which carried 2-volt batteries which powered a 600 HP Electric Engine. The Midget-Class could achieve 25-mph on surface and 22-mph submerged. Able to descend to a depth of 100-feet.

Traditionally, Midget Submarines were not named but identified by numbers. The Classes claim to History, was their use in The Japanese Attack on Pearl Harbor, Hawaii.Two such Midgets were deployed. The first encountered and "fought" The USS "Ward" in the late hours of December 6th (hours before the initial attack). It was sunk by depth charges. The second Sub actually penetrated the Harbor's Anti-Submarine Screen. This vessel mysterious vanished and was not heard from again, until it was discovered in the 1990s. It is speculated that it malfunctioned and sunk (a somewhat common occurance). Very few of The "Ko-Hyoteki" Midgets survived The War. 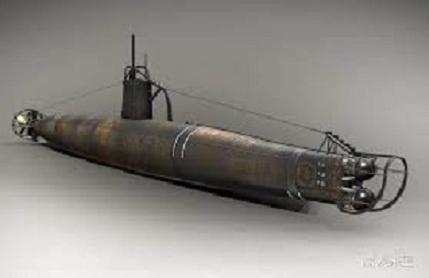