A Japanese "Special Attack Unit" known by The Allies as "Suicide Swimmers", they were Imperial Japanese soldiers assigned to wear these semi-deep diving suits. Following the prescribed "Code" of The Kamakazi (to sacrifice one's life for The Emperor), these Swimmers were given an 8-foot long bamboo pole, upon which was attached a 33-pound, high-explosive charge. The swimmer could submerged from between 16 and 23 feet (with the use of 20-pound weights). Using a self-contained breathing device. Moving under the hull of an enemy ship, they would detonated the explosive  (immediately ensuring their own death in the process). The suits were a leather/fabric construction, with a similarly constructed helmet. The "Suicide Swimmers" could operate within captured harbors and ports, sometimes even being deployed by Submarine. They were a constant threat between 1944 to 1945. 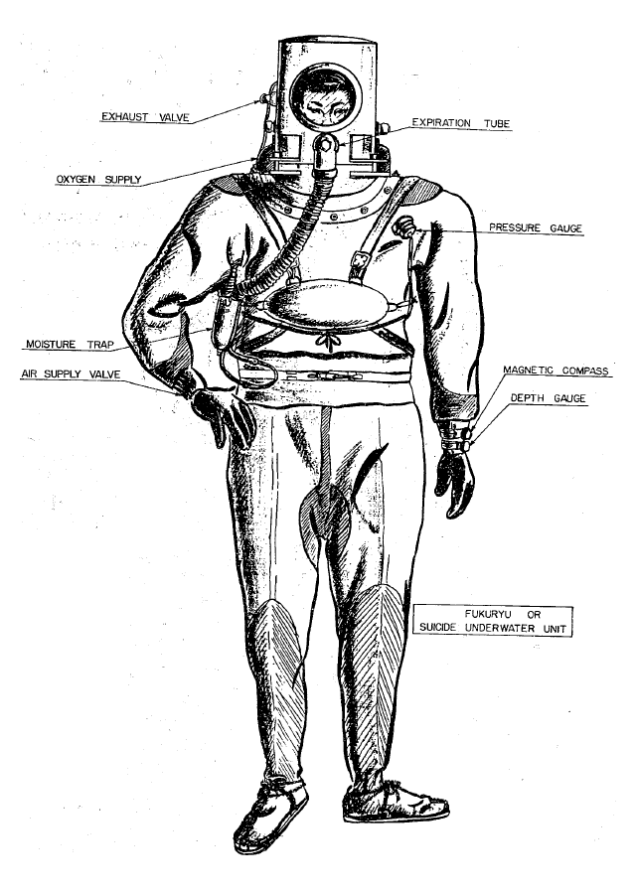