Nicknamed “Wild Bill”, (due to a local Outlaw known as Shanghai Bill – to avoid confusion), James Butler Hickok was one of the more memorable of The American West's legendary figures. His exploits too have gone into the realm of so many myths, that true history is obscured. A known Gambler, Trapper, Army Scout and Lawman (Briefly), - Hickok also worked as an Actor. A “fast gun”, Hickok was a Sheriff in Nebraska and Missouri from 1861-1865 (periodically Scouting as a civilian – for The Union Army during The Civil War).

Relocating to the Gold Boom Town of Deadwood, Colorado, he settled back into his life of gambling. He was shot to death (in the back), during a card game (1876). An expert with firearms, Hickok was known to used the Colt 1851 Naval Revolver (.36 Caliber). He may have had his weapon modified for cartridge rounds (as opposed to Cap and Ball), in the early 1870s, Hickok was a known user of the “Back Draw” or “Cavalry Reverse Twist” (with his pistol butts reversed). 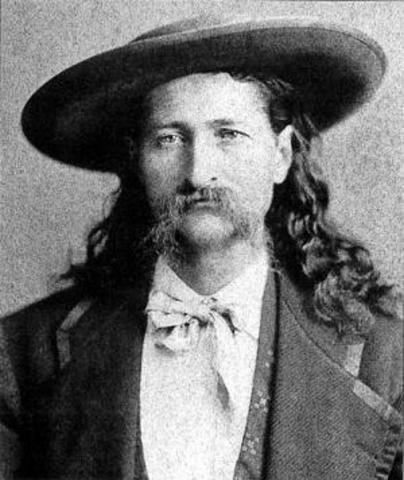