The Italian Volunteer Legion was a 200 Man Force of Volunteers who supported The Dutch Boers of South Africa, during their War with Great Britain (The Boer War of 1899-1902). Most had immigrated to South Africa around 1867-68. Like many of ''The Foreigners'' in The Region, The Italians were in search of ''riches'' from the raw Diamond Mines. Disliking The British, they were formed into a Scouting and Guide Force known as The Italian Legion. They were renown for their riding and sharpshooting abilities.

Trained in Guerrilla Warfare Tactics from their Leader – Camillo Ricchiardi (a former Mercenary experienced in The Philippines Insurrection), The Legion operated mostly in Natal, South Africa. Becoming experts in explosives, The Legion often attacked train rails, supply depots and the occasional ''wayward'' British Patrol. It was a young Winston Churchill – who was captured by The Legion. Rather than executing Him, He was released (the cause is still unknown to this day). After the end of The War, many Legion Members left Africa for South America (for fear of reprisals against them for War Crimes by The British). Some would go back to Italy and aid in the many continuing Civil Wars and Political intrigues of that Country at the time. 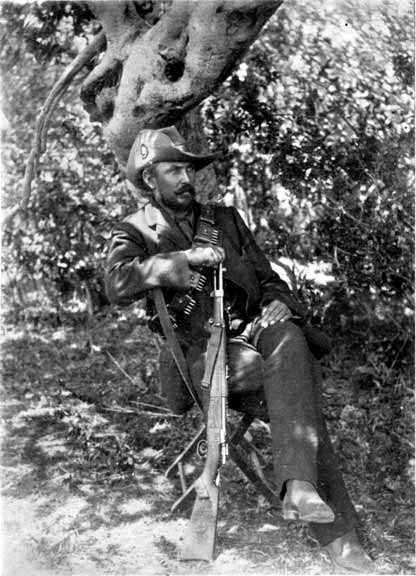