Imperial Standards of Wilhelm I

The Imperial Standards of Wilhelm I, were instituted in 1870 with the founding of The 2nd German Reich. Wilhelm was declared King of Prussia first, and although given the hereditary Title of "Emperor", he chose to use "Kiaser" (The Germanized version of Ancient Rome's "Caesar"). Wilhelm would use these two Royal Standards until the end of The 2nd Reich after World War I (and the establishment of The Weimar Republic in 1918). 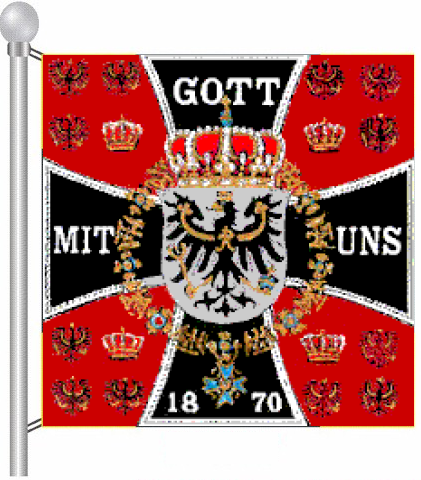 IMPERIAL STANDARD:
A Gold Field quartered by a Black Maltese Cross. Each quarter held 3 Black Eagles and 1 Mitre Crown representing The Title of Emperor. A larger Black Eagle was placed over The Cross. Above this, was another larger representative Crown of The Emperor. Surrounding The Eagle, was a Livery Chain of The Office of Emperor. Like The Prussian Standard, the identical placing of the word phrasings "GOTT MIT UNS" and the founding of The Reich (1870) - were included on The Standard. 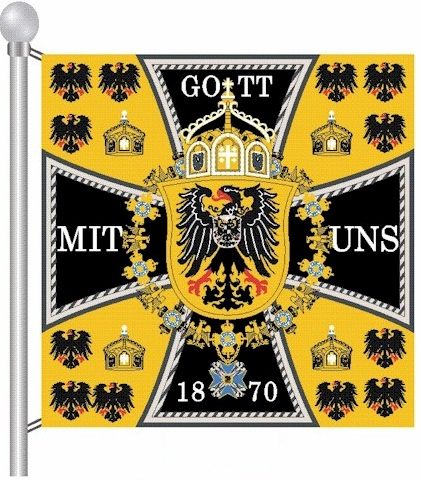