Under the nickname "Hoodoo Brown" (Hoodoo meaning to con or trick someone), was an American Western Outlaw who operated a cold-blooded Gang of Killers under the "Color of The Law". His birthdate is unknown, but Hoodoo was alive in Virginia in the 1830s. He was at first a Printer's Apprentice. Jumping a Train West, for an unknown reason, he became a Buffalo Hunter, Gambler and Confidence Man. It was even said he tried Acting.

Moving to Las Vegas, New Mexico he found The Town a "hotbed" of Vice. Somehow, He got elected as Mayor. Hiring his own Team of Gunfighters and Killers to "maintain his Laws", his "Dodge City" Gang (named after that one-time lawless City, began their "dual life". Hoodoo and his Gang robbed Banks and Stagecoaches in surrounding Towns. He even operated a "Murder For Hire" business. His crimes would eventually prove too much, and in 1880, Townspeople rose up against he and his Gang. He escaped  (barely). He would show up in Jail in Houston, Texas in 1890. His crime, stealing money from a dead man. Released, it was said he was killed in a Card Game. His grave is unknown. 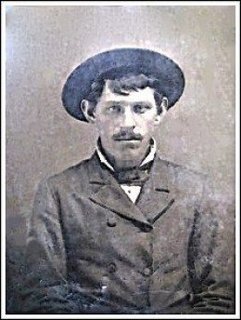