The British Warship ''Inflexible'' was an ''Invincible''-Class Battlecruiser, launched in 1907. She was an active participant in The Battle of The Falkland Islands against The Imperial German Navy in World War I (1914). She was responsible for the sinking of (20 Armored German Cruisers in that engagement. Later in 1915, ''Inflexible'' shelled many Turkish Forts on The Dardenelles. In this action she hit a mine and was severely damaged. Nonetheless, ''Inflexible'' was able to return to a friendly Port for repair. Reconditioned, she once again participated in her last major engagement at The Battle of Jutland (1916), where she such several German Heavy Cruisers.

After World War I, ''Inflexible'' as were other ''older'' British Warships, were transferred to The Reserve Fleet (1919). The Country of Chile was considering purchasing ''Inflexible'', but the Contract did not materialize. Sold to Germany in 1921 – where she was scrapped for her iron. 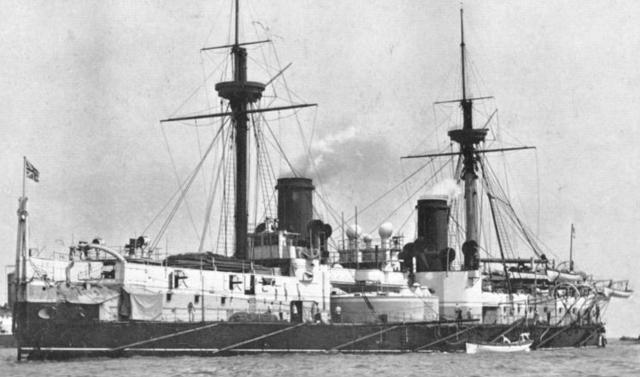