Henry McCarthy (aka William Bonney, aka Billy The Kid), received his nicknamed for his boyish features. However, his disposition was anything but boyish. A cold and calculating killer, his “myth and legend” has – like so many others, blurred much of what is historical fact. No doubt, Billy is the single most recognized name in Western lore (next to Jesse James). Born in New York City, he was married at 21. At some point he lost his wife (possibly to small pox). Billy ended up in Illinois and began to work as a Cowboy. Moving to Arizona in 1876, Billy was accused of horse theft. Eventually acquitted, Billy would become involved in the infamous Lincoln County War (another Cattle Baron engagement). Hired as a “fast gun”, these Ruffians were known as “The Regulators”. They were brutal and unforgiving.

After The Lincoln Country War, Billy moved on (with other Regulators) into a life of crime. A known horse theft and stagecoach robber, Billy also was well known to many local Sheriffs. He was even befriended by one (Pat Garrett). They often met to play cards. Billy was arrested many times (and escapes just as many). Billy had become so prolific in his robbing that The Governor of New Mexico put a $4,000 bounty on his head. Friend or not, Pat Garrett set about to locate and bring in Billy. In 1881, Garrett shotgunned Billy The Kid. Many felt that Garret did not realize who he had shot (firing at a shadowy figure hiding in the dark). Billy used many guns in his career. 2 he preferred were both Colt weapons. The .41 Caliber Single Action Thunderer (5-inch barrel version) and a standard 1873 .45 Caliber Double Action Revolver (with a custom 7 inch barrel). 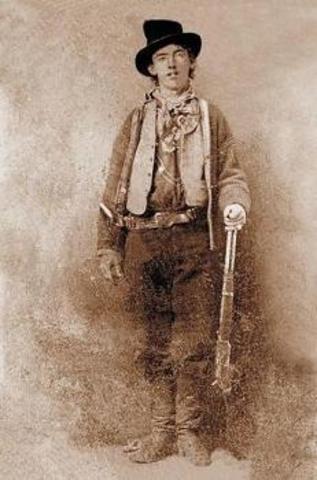 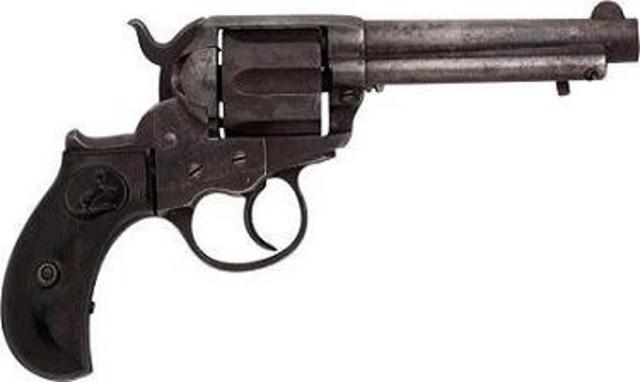