''Harry's Walls'' were a 16th Century Fortification systems erected on The Isle of Scilly (St. Mary's Island) – located off the extreme Southwest Coast of England. The defensive project was begun under the reign of King Henry VIII. Henry (the diminutive being ''Harry'') – feared French attack against England (or at best many of it's coastal territories). To protect them, He built what became known as the previously discussed ''Device Forts'' (also known as Artillery Forts).

The defensive walls located on the Island were added to later, but the general construction was a Bastion Fort to protect The Harbor of the Island. The majority of The once standing Fort was local granite. Perimeter walling was 7-feet tall and 5-feet thick. A defensive dry ditch was built in front as a means to slow Enemy advances. Each of the (4) Bastions would have supported a variety of Tudor Era Artillery. The Fort was garrisoned by 150 Soldiers. With the threat of French Invasion eased – by 1581 The Fort was abandoned, with nature and local Townspeople stripping much of it. Today, only ''Harry's Walls'' remain. 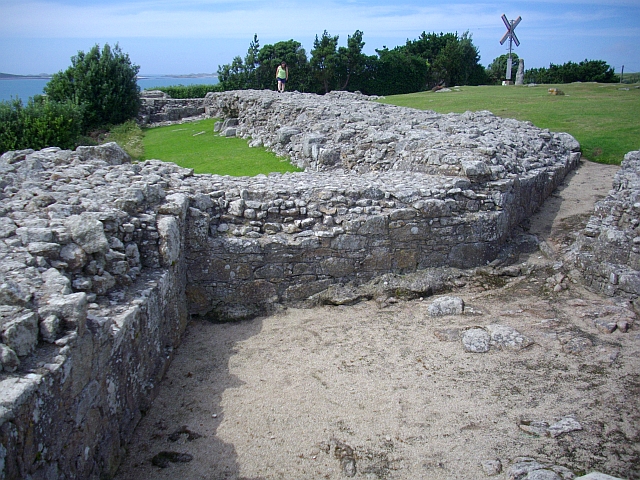