These early 16th  through 18th Century vessels wer the backbone of cargo transportation and transportation in Colonial Maine and New Hampshire. Flat bottomed, they were ideal to traversing the shallow rivers of that Region. The Gundalow ship was rarely over 70 feet long. It featured a single Center Mast for wind propulsion. They were limited on the amount of cargo and provisions they could carry. Due to their shallow draught, they often relied on tidal currents for movement as well. Of note, a “Fleet” of Gundalow ships were deployed by both Great Britain and Colonial Forces during The Revolutionary War of the late 1770s.

The Battle of Valcour Island (Lake Champlain, NY/US), saw some 25 Gundalows (under command of Benedict Armold) – give battle to a similar British Fleet of Gundalows. Although a British victory, only 3 American Gundalows were lost. When armed, they utilized 2 to 5-pound cannon mounted on the Main Decks. A larger gun (16 to 20-pounder, was affixed to the Bow - with ample riflemen added). 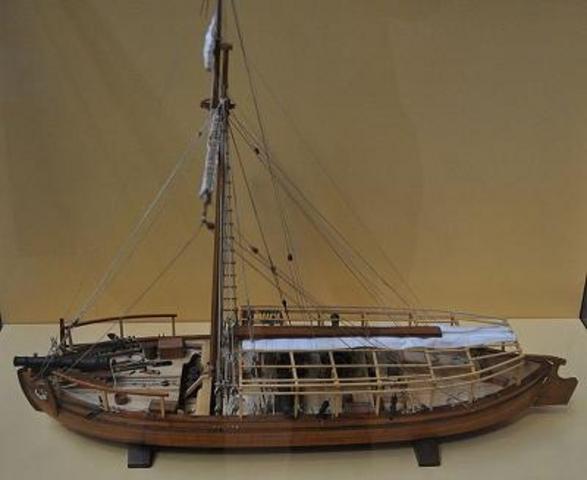