Established in 1848 by the short lived ''German Empire'', The Reichsflotte was the first true German Navy created by that Nation. Needed due to a War with Denmark in 1848, The Reichflotte was exclusively built in Germany. The Reichsflotte consisted of 40 Ships of various Classes and a Force of nearly 5,000 Officers and Men. Headquartered in Oldenburg, The Reichflotte served to not only bring War on The ''High Seas'', but provided protection along German Coasts.

The German Reichsflotte actually only fought one inconclusive battle against The Danish Navy, at The Battle of Heligoland in 1849. Then, The Empire had been replaced by The ''German Confederation'', and lost no Ships or Sailors in the fray. After The War in 1852, The Confederation saw no need in maintaining an expensive resource as The Reichsflotte – and it was disbanded. The Fleet was sold off to neighboring Allies (with Prussia purchasing the lion share).

The Prussian Navy, now a large Naval Power as a result of their purchase from The Confederation, would go on to form what would become The North German Navy in 1867. From this, would evolve The Imperial German Navy, which would last from 1872 until the end of World War I in 1918. After it's dissolution as a result of The Treaty of Versailles, Germany would again resurrect it's Naval ancestor – The Recihsflotte – as The Kreigsmarine, the dominate Naval Force of Germany until it's defeat in World War II (1945). 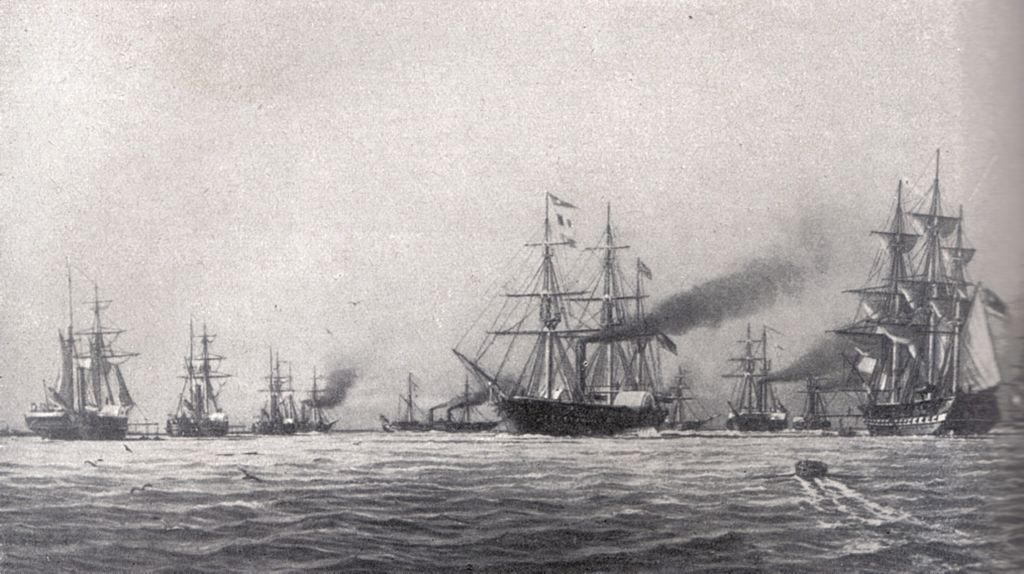