The ''Leipzig''-Class of German Cruiser was developed for The Reichsmarine (Navy), to replace The ''Konigsberg''-Class of Warships, beginning in 1928. Only (2) were built in The Class. They would survive into Kreigsmarine (Navy) Service with The Third Reich during World War II. The ''Leipzig''-Class first saw active combat roles in support of Franco during The Spanish Civil War in an interdiction deployment capability. Later, The Class was adopted into Minelaying and Escort Duties. They would eventually be regulated into Training, Troop Transport and occasional Naval Support (Gunfire) roles.

The Class Ship ''Leipzig'' was scuttled in 1946 with the last surviving Class being turned over to The Soviet Navy for war reparations. Renamed The ''Admiral Makarov'', it would serve in The Russian Fleet util it was broken up in 1960. The ''Leipzig''-Class of Cruiser was 8,000-tons displaced. They were 595-feet in length with a beam of 54-feet. A three-shafter, The Class used diesel power it's three steam turbines. They could achieve 37-mph. The operational range was rated at 4,000-nautical miles. Crewed by 535 Officers and Men, The ''Leipzig''-Class had armor plating ranging from 0.1 to 3.9-inches throughout their Superstructure. Armament included (9) 15cm Deck Guns, (2) 8.8cm Guns and (12) 20-inch Torpedoes. The Class could also support (20) Surface and Below Surface Mines. 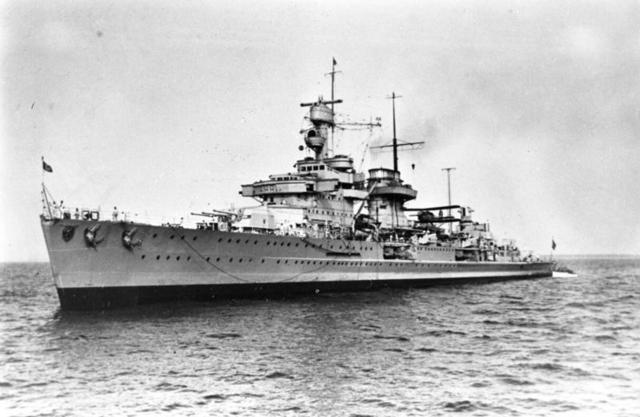