Also known as The ''Wagtail'', The Fa 330 was an early form of non-motor Gyro-Copter – developed by Germany for use by it's Kriegsmarine (Navy). The Fa 330 was ingenious in it's design and deployment. The Project began in 1943, with 200 manufactured for U-Boat (Submarine) use.

The Fa 330 required no engine. It was a single seat (1) Pilot craft with a free rotating series of (3) Blades erected over the Pilot. Each blade was 24-feet in length. The overall craft was roughly 15-feet. The Fa 330 was tethered to a surfaced U-Boat (under speed). The resulting wind blast raised the Kite Plane as high as 500-feet. The rotors turned as a result of the wind friction and maintain a level of height. A Pilot could then see much farther than The Ship itself (including posted lookouts). Two-way radio communications with The Sub would give information.

The Fa 330 was stored (partially disassembled), in a compartment near The Conning Tower of The Sub. It took roughly 20-minutes to re-assemble The Fa 330. Should the Ship need to quickly surface or come under fire, the tether could be released and the craft would be allowed to hit the water.

Allied Forces were only made aware of the existence of The Fa 330 in 1944, when an intact U-Boat was captured with a stored Rotor Kite. They tried various similar experiments with Allied Shipping and also the possibility of towing such crafts land transport vehicles. However most such experiments were ceased with the success of The Allied War effort by 1944-45. With the development of actual rotary aircraft in 1945 onward, the ''clever'' Fa 330 was obsolete. 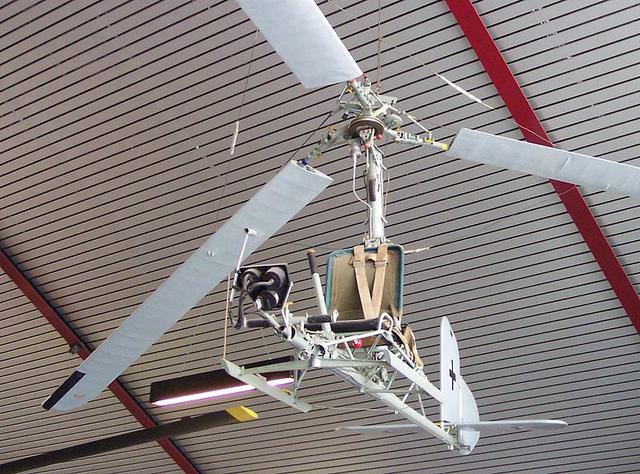