Campaign Shield Badges were a type of World War II German Army (and Luftwaffe) Award, given to Enlisted Men – for participation in certain Military Campaigns. Award was begun around 1943 (with earlier Campaigns awarded retroactively). Officers were not authorized for their wear. These Awards were called ''Shields'' for their appearance to Medieval War versions (only in miniature).

Normally, Brass engraved metal was used, with symbolism relating to the particular action the Soldier fought in. Phrasing also was indicative to the symbolism. These Shields would be affixed to the Right Outer Should of a Shoulders Dress Uniform (none were worn on Field Fatigues). A Cloth backing was also applied (often the same color as the uniform). In cases where more Campaigns were ''earned'' the most recent was placed on the top of the lower (or older) Offensive. No more than (2) could be worn Thirteen such Shields were created between 1943 and 1945. However, only (6) were known to be worn. The Shields were discontinued for issue after the end of World War II. 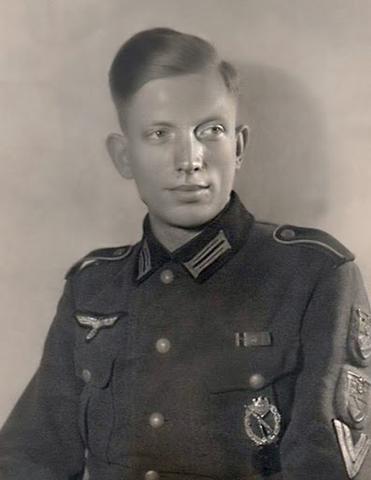