Designed for use by The Imperial German Air Corps. of World War I – The AGO C.IV was a Recon/Observation Airplane, first deployed in 1916. And while nearly 300 were ordered, only 100 were ever produced. It's overly heavy airframe made handling difficult – making it unpopular. Despite this, The AGO was heavily armed for a Recon Plane. Crewed by (2), The AGO was a Bi-Wing design of 40-feet, with an overall length of 30-feet. Power was provided by a Benz 6-cylinder Piston Engine capable of 220-HP. Airspeed was rated at 120-mph. Operational Ceiling was 18,000-feet. Armament was 1 to 2 MG-08 Machine Guns and a single MG-14 (operated by The Observer). The AGO was also used by various German Allies as well. 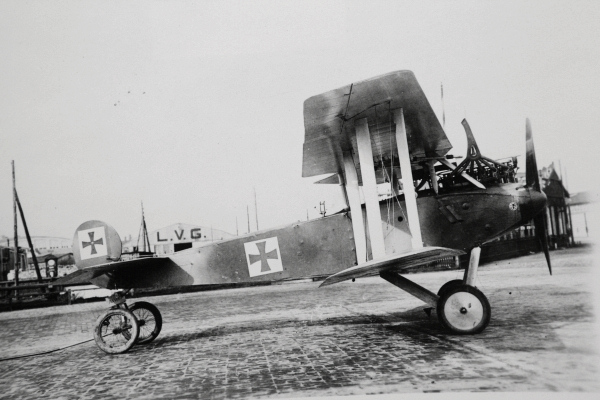