First experimented with as early as 1905 by The Renault Automobile Company, with the advent of World War I, they had become a major manufacture concern of Armored War vehicles. The Model 1914 was specifically designed as an Anti-Aircraft engagement vehicle. Plating ranged from 4 to 6-inches, with a enclosed Front and an Open Rear compartment. The Model 1914 weighed 3-tons and had a 10-inch ground clearance. 4 vulcanized rubber tires were used. It's top speed was 28-mph and used a 4-cylinder Gasoline Engine. It's operational range was 62-miles. Originally, The Model 1914 was armed with a Rear Mounted 12.7mm Machine Gun. This was replaced with The 1915 Model by a 47mm Cannon (although the Machine Gun Version was still used). Orders for 100 were originally placed, but only 50 were eventually delivered to The French Army. 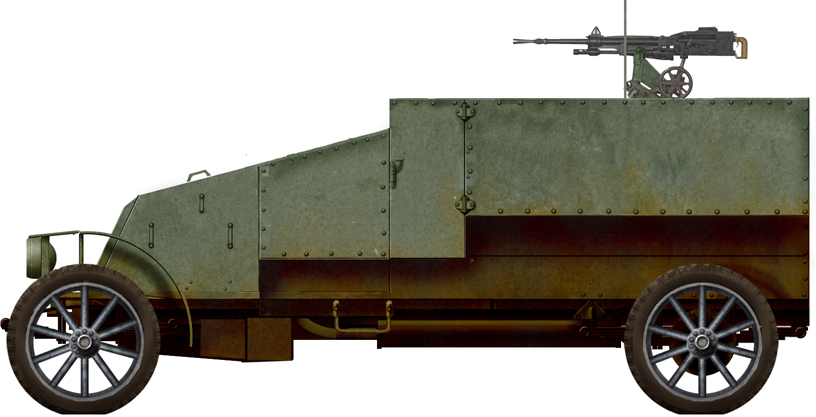