Designed in France by Casimir Lefaucheux in 1858, this revolver was adopted by The French Government and is considered on of the first metal cartridge ammunition weapons made. Designed in the Pinfire method, it fired the 12mm French round. Import versions were chambered for the .32 to .35 caliber versions seen in The US. Although “officially” adopted, The Model 1858 saw more use in The French Navy than it was The Army. Designed to fire 6 shots, it did see limited use by some French cavalry Units. The US Army purchased some 12,000 of them for use by their Army (as did their rivals, The Confederacy). Although The Federal Armies of The American Civil War quickly stopped using them (more so for the time it took for conversion of the ammunition from European grades), The Confederacy continued their use (until The Blockade mad ammunition replacements impossible). The Model 1858 was a reliable double-action revolver, that featured a maximum effective range of 125 yards (with a deadly ranged of 25 to 50 yards). The Dutch Military was among the last known users of The Model 1858 around the early 1880s. 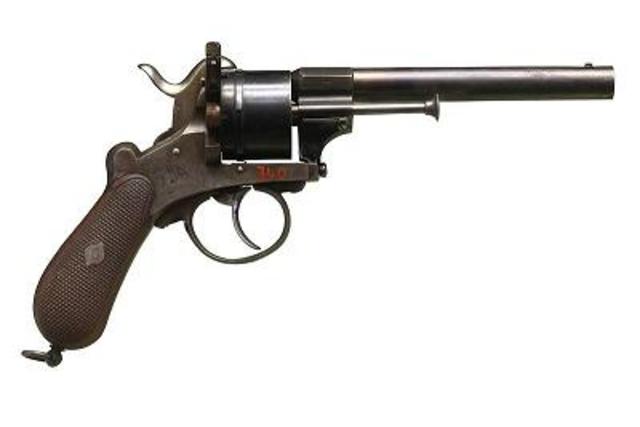