As we have seen, Aerial Combat during World War I was (by today's standards) primitive. Before Machine Guns were used, it was common for both sides to try and come close enough for a Pistol or even Rifle shot! Engine/Prop synchronization gear enabled Pilots to be able to fire ''through'' the time rotation of their propellers when Machine Guns were finally designed and deployed for Aerial Combat. However these guns were fixed. This meant Pilots could not manipulate angles with a movable gun. They had to move the aircraft to position said weapons.

An early attempt to regulate this was the design of The Foster Mount. This was a frame positioned on the top Bi-Wing of The Fighter, into which was mounted the primary Machine Guns. A spring activation coil was attached to the trigger. This allowed The Pilot to fire with more mobility. It also allowed a Pilot to fire from below (into an Enemies under carriage), without having to move His Aircraft into an inverted or steep inclined position. First used in 1916, several British and French Squadrons deployed The Foster Mount. Germany experimented with a design but found it too cumbersome and designs were quickly abandoned. 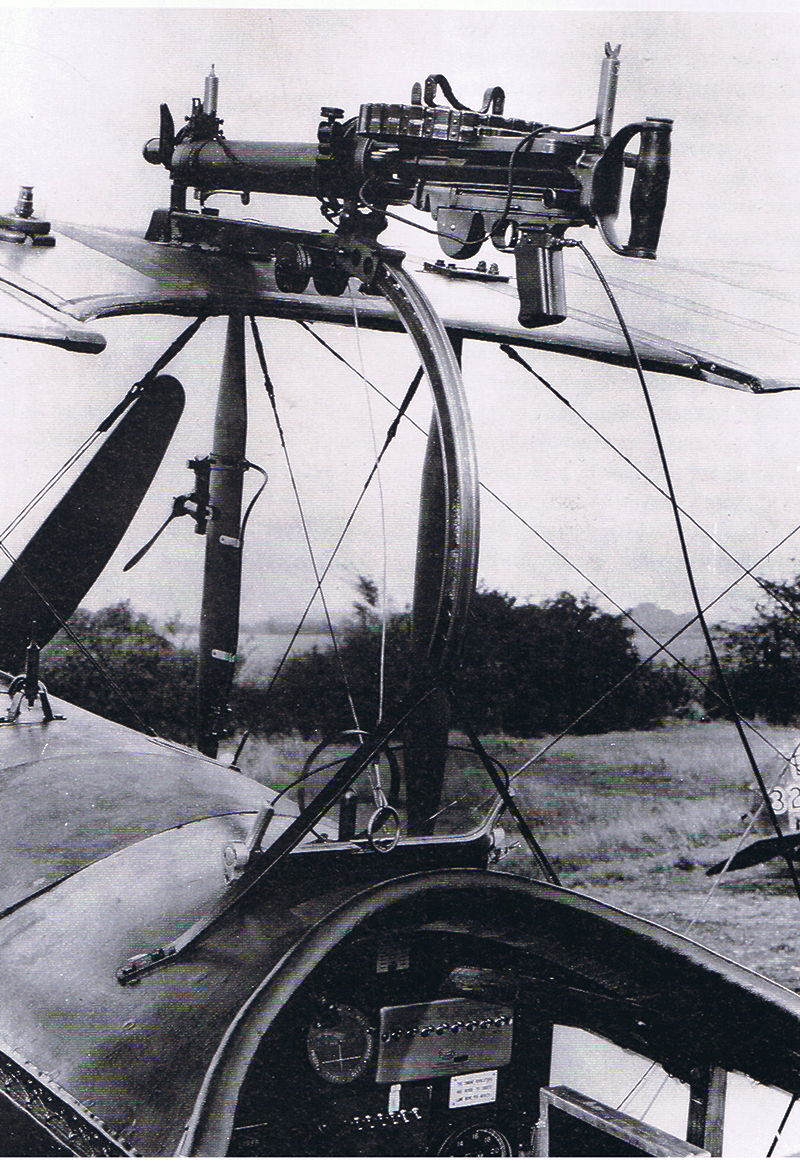