Ft. Taylor is a quadrangle fortification with a combination of limestone and granite defensive walls. The average thickness of it's perimeter walls were 5-feet thick and are 50-feet high. A series of twin Casemates with Barbettes on top. 500-feet separate each Bastion which were supported by 42 cannon of various poundage – encased seaward on (3) tiers.

The Fort supported multiple Sally Ports and Powder Magazines with most supportive structures built into the walls for protection. A Wet/Dry Moat could be used. When Wet, a 1,200-foot ring of seawater covered three sides. The Garrison was set at 800 soldiers.

Although several malaria epidemics occurred during construction by the 1850s, most of Ft. Taylor was completed. During The Civil War of 1861-65, Fort Taylor became a Federal Outpost which did not fall into Confederate hands (as did most Florida Forts). Reinforced by sea with (2) Heavy Artillery Batteries, Ft. Taylor would harass Rebel Blockade Runners and Privateers that strayed too close to The Florida Coast.

Ft. Taylor remained active after The War, with it's Upper Tier being removed and most of it's Civil War Era Ordnance being replaced by the 1890s. The Fort was active from The Spanish-American War, World War I and II and even into The Cuban Missile Crisis of the 1960s as a Covert Listening Post for The CIA.

The US Army officially deactivated Ft. Taylor in 1947. While removing Government property for closer it was discovered one of the largest collections of Civil War Artillery in The US (mostly buried within the Fort). The Fort became a National Historic Park in 1971. 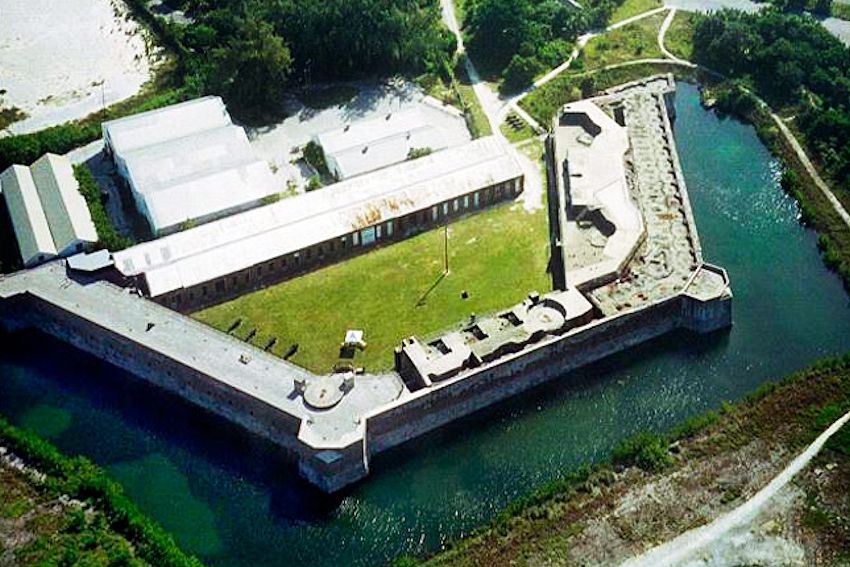