Located at the meeting of The Missouri and Yellowstone Rivers in (then) Dakota Territory, Fort Buford was established by The US Army in 1866, as a Camp. It would quickly grow into a more permanent Military structure by 1868. The Fort was named for Army Officer John Buford (a Hero of The American Civil War Battle of Gettysburg). The Fort was built to check Sioux attacks on Settlers moving through The Territory to California. The interior of Fort Buford consisted of both Adobe (paint stone) and wooden structures (Cottonwood). Constructed in an ''L''-shape, Fort Buford took up 1 square mile of land. Wooden stockade walls measured 12 to 15-feet and enclosed The Fort. Barracks, Officer's Quarters, Stables and Mess Buildings were added. The Fort was NOT constructed by Army Engineers with only unskilled Soldiers and Officers to build. This would be telling later.

Garrisoned by The US 13th Infantry Regiment (and later 6th Infantry), by 1876 and the height of The Great Plains War against The Sioux, Fort Buford was to have been used as a staging point for Cavalry Expeditions against The Natives. The ''tide'' changed in The War (farther South) and Buford ended up as a holding point for local (or escaping) ''friendly'' Tribes.

With the War finally untenable for The Sioux, it was their Warchief Sitting Bull who formally surrendered His Peoples at Fort Buford in 1881. By the 1890s, The Fort had fallen into disrepair. The Government was winding down it's War with The Natives and the need to maintain Military Forts in The West no longer needed. Buford was decommissioned in 1896. Soon nature finished the shoddy job of construction, with much of Buford reclaimed by the Elements by the turn of The Century. By 1927, The State moved in to declare Buford a State Historic location (due to The Sioux Surrender). The Officer Quarters were reconstructed as was several of it's wooden walks (for rain). 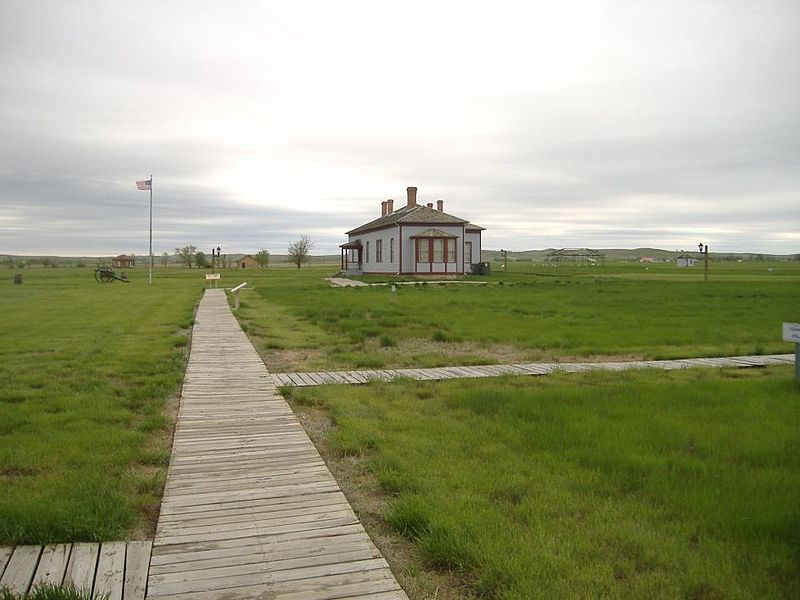