Flag of The ''Yellow Sand'' Society

The ''Yellow Sand'' Society was a ''Secret Organization'' that existed in Northern China from the mid 19th to early to mid 20th Centuries AD. The Groups was composed of Rural (Farming) and Traditionalist Religious followers. They opposed Imperial Dynasties such as The Qing and The later Republic of China. They also were opposed to the establishment of ''Foreign Puppet'' Nations such as Manchucko (established in Northern China and supportive of Imperial Japan).

The ''Yellow Sand'' was close in some regards to a Republican form of Government. Much like The Boxers (Rebellions against Foreign Economic Occupations in the early 20th Century), they too believed that ''magic'' could be invoked to ''protect their followers from bullets and other injuries sustained in fighting''.

While they were a form of ''Resistance Fighter'' against Imperial Japan's attempted take over of China for addition into their ''Greater East Asia Co-Prosperity Sphere'', they were not supported by The Allied Forces (who put their efforts into The Republic of China) – they did perform many acts of espionage and sabotage (which was an advantage to Republican and allied Forces). In 1949, when Communist Forces established their current Government, The ''Yellow Sand'' were declared illegal and hunted down as subversives. Their Banner was a simple Field of Bright Yellow. Even the flying of which was considered a ''powerful spell'' to protect it's Followers. 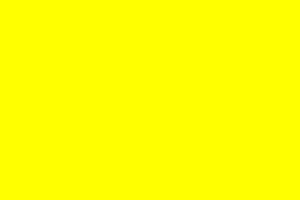