Formed in 1931 by Ernst Rappard, The Nationalist Dutch Workers Party sought to emulate The German NSDAP. It ideology of National Socialism was a very popular political movement embraced by many Nations at one point. Rappard was taken by the charisma of Germany's Adolf Hitler and sought to create his own Movement. Despite suitable supportive numbers, Rappard and his Movement was canceled out by the more powerful (and already firmly entrenched) National Socialist Movement of The Netherlands and The General Dutch Fascist League. The Party styled itself on The ''Brown Shirt'' Party Uniforms and later SS-style. They hoped for official recognition from Hitler's NSDAP in 1941, but received none. That year The Party dissolved. Their Banner was styled after Germany's NSDAP ''Swastika'' design. Rather than a Red Field, an Orange Field was chosen (Dutch National colors). A Center Circle featured a Blue Swastika (Blue being another Dutch National color). The Banner was flown at all Party functions and Marches of support. 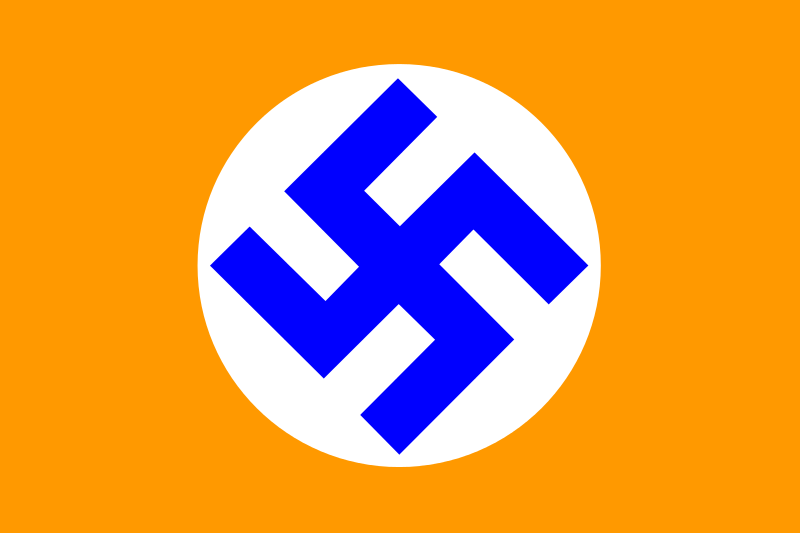