Seen as a future primary Fighter for The Finnish Air Force, The Myrsky was produced beginning in 1941. (51) such Fighters were made. Completely designed and manufactured within Finland, without any foreign assistance, The Myrsky was seen as a model of small Country determination to produce a viable Fighter. First used as a result of The Soviet Invasion of Finland in 1939, Myrsky Fighters attacked The Soviet Border on a regular basis. Despite robust anti-aircraft defense, the aircraft fared well in ground support combat. Crewed by One Pilot, The Mysrky was 30-feet long with a wingspan of 37-feet. They were powered by a single Pratt & Whitney 14-cylinder Engine, capable of 1,056-HP. The Fighter could achieve 330-mph. The Fighters operational ceiling was rated at 31,000-feet.

Armament was (4) 12.7mm Machine Guns (wing mounted) with the ability to carry 200-pounds of ordnance. While Finland was a Supporter of Germany, eventually more advanced Fighters were delivered by 1943 (Messerschmitt). As a result, most Myrsky Fighters were grounded. After The War, Finland still maintained many surviving Mysrsky Fighters as trainers, well into 1947. Three have survived, but only one is currently being restored to flying condition. 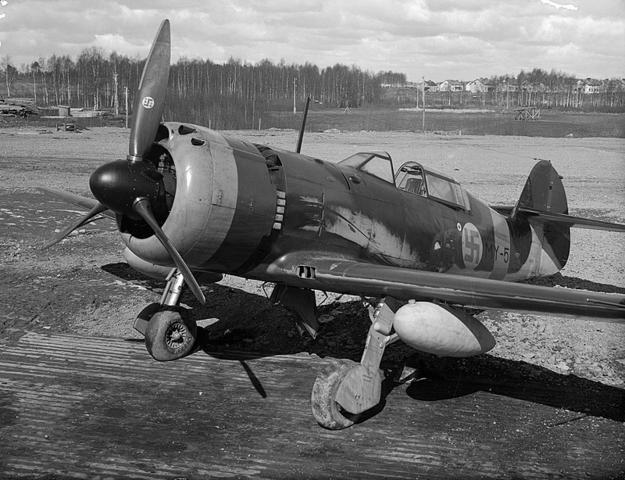