While much of Ireland in the mid-18th Century was under British Crown control, a gap was left when much of The British Army was recalled to England and deployed to The Americas. It was commonly seen that France and Spain (two long Enemies of Great Britain and both of whom recognized The American Colonies as independent), may take advantage of that fact and stage an Invasion. Many Irish Rebels against The Crown supported such a play. It was determined to raise Volunteer (but Loyal) Militia of Irishmen to serve as ''Standing Army'' in many of the more troubled areas. Dressed and equipped as British Soldiers (Red Coats but trimmed in both Green and Blue in some cases), only their individual Flags set them apart. The Dublin Volunteers was one such Loyalist Regiment.

Raised in 1779 from The City of Dublin, they composed 80 Officers and Men. They were formed into ''micro'' Companies. Unlike British Soldiers, The Dublin Militia received no pay from The Crown. Many of those Volunteers ''with means'' supported their poorer Comrades. Officers (of wealth mostly), created a ''Company Purse'' that was donated too to help support The Companies.

Their Colors consisted of a Red Field in entirety. Centered was a White Shield with Red Saltire (Cross). This was to represent The Cross of St. George, a common Patron Saint within The British Military and a feature on many of it's National Colors. The Volunteers were disbanded in 1783. 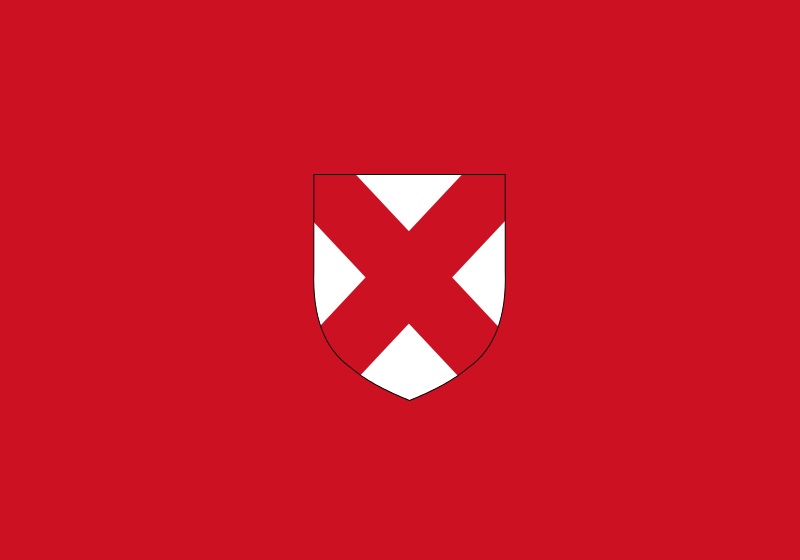