The Rebellion was named for Donald Dubh, a Scottish Nobleman who was at odds with the ruling House of Stewart, in 1501. Seen as an extended ''Clan War'', The Stewarts (of which James IV of Scotland) was Monarch, used his Royal influence to further his Clan's claim over territorial isles off the coast of Scotland (and under control of The Clan Donald). Taking them by force (with a short War in which The Donald Clan were defeated). The construction of many fortifications on The Isles, coupled with hostile English and aligned Clans, would cause The Donald Clan to rise yet again. This time given tacit support from England's King Henry VIII and possible Dutch support – The 2nd Dubh Rebellion erupted (1545). Even Ireland sent small Forces to aid The Donald Clan.

With his Forces gathering in Ireland, Donald was promised 8,000 Troops and Warships for his venture. His commitment was 2,000 Clansmen and supporters. Failing to support The Clan with the promised 8,000 Men – Dubh nonetheless began his assault with 120 Ships and 2,000 soldiers. Historically, it was determined that a Force of 10 to 12,000 was needed. Unable to raise a single fort, Dubh had to retreat. While trying to rally his forces for another attempt. Dubh died of fever in Ireland. While other rebellions were attempted, The Dubh Rebellions would mark an end to future attempts at Scottish Independence. 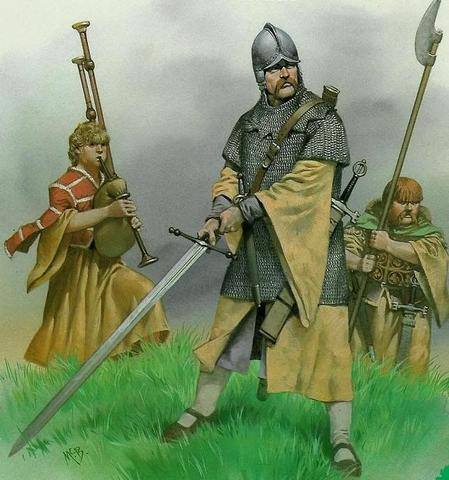