Established at Fort. Douglas, Utah (a former WWII Army Base) – The Deseret Testing Center was used by The US Army for early 1960s Chemical and Biological Weapons Tests and development. Opened in 1962, The Center was considered highly classified and denied (existence), by The US Government until 1973 (when it was officially closed). The Center worked with some of the most dangerous Chemical and Biological Agents known to Man.

The Center served as the base of Operations for many previously discussed ''Projects'' of The Cold War. These were Project 112 and SHAD. Although located in the far reaching deserts of The State of Utah, any accidental exposure by any number of contagions, would have been catastrophic to The US West Coast. Locally, many small Towns and their Residents complained of continuing health issues, many liken to possible exposure. The Government denies any such ''accidents'' ever happened. 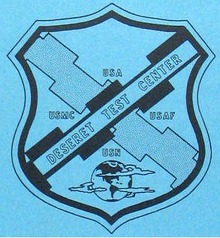