A component of a Coat of Arms, a Crest was normally worn on a Helmet. They developed from Tournament Knights who would so “identify” themselves to others. Crests are also considered an Achievement. In later times, they would be used on paper to “quickly”identify a Coat of Arms with the total work being needed. Crests were affixed with straps to helmet. In later Eras, Crest would become an entire separate matter. Crest are used to identify primarily Military Units (and sub-Units), Schools, Clubs and even a Business. They can be small or as large as a Coat of Arms. Confusion has developed from Crests as opposed to a Coat of Arms. In the 1950s and 1960s (especially in America) - “Medieval Geneology” became very popular. Many “Companies” offered “Family Searches” which included “Crest/Coats of Arms”. MOST of these “Family Crests” are considered “Spurious Arms”- in that they were NOT conferred or awarded. These “Arms” are built on “supposed” Family connections with Medieval History. In some cases, Crests (or Lessor Arms) were awarded to City Officials or “Lesser Nobles”. They can be used (but not in the same capacity as a Coat of Arms). MANY Countries have strict laws governing the display of such. 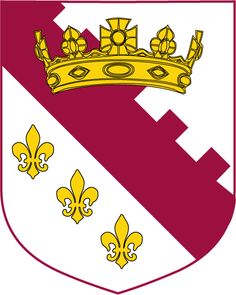