The Combined Action Program was a Military Operational Formation, which existed during The Vietnam War, between 1965 and 1971. Created by The US Marine Corps. - the Formation was a series of small Units. Each consisted of an Officer, Medical Corpsman and (13) Riflemen. Deployed to local Villages thought ''at risk'' to heavy Viet Cong ''abuse'', the main goal was to recruit younger Men (teenaged between 15 and 18 years) and older Men – both classes which were either too old or too young for compulsory military service within The South Vietnamese Army. These Militia would operate along with The Marine Force stationed in a Region. At their height, over 800 Villages in South Vietnam were under CAP control and performed hundred of important field missions. Although The Marine CAP was NOT trained the same as The US Army's ''Green Berets'' or US Navy ''SEALs'' – they performed the same function. They trained Militia, formed bonds of trust, helped to increase food production and provided medical care. By and large, The CAP Program was very successful. With the rapid demilitarization of US Forces by the early 1970s – The Marine CAP was deactivated. The Program was seen as one of the most successful counterinsurgency operation of The Vietnam War. 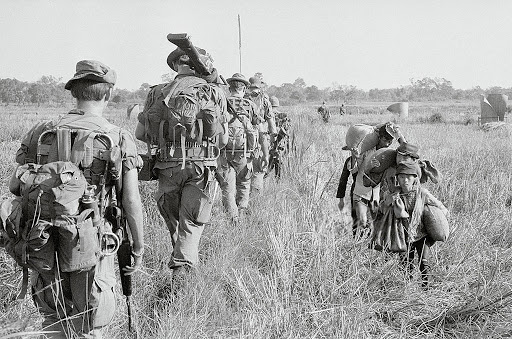