During The ''Three Kingdoms'' Period of Ancient China (2nd Century AD) – Military Formations of The Wei, Shu and Wu (combined) used a type of Military System known as ''Hereditary'' Troops. This System allowed for Armies (Companies and Battalions) to be composed of Family Members who all provided Military Service (providing they were Males, of course). By example, if a Commander of a Company was killed in Battle, His Son (or related), inherited His Company and Command (and was expected to lead it). So too were the common Foot soldier. If He fell, then another Member of His Family served. This could not be a Son or Brother, but Cousins as well. A Hereditary Soldier was expected to ''serve for Life'' (unless as stated – He was killed). The only way to ''retire'' was by combat related injuries which precluded Him from further service or Old age (although no specific age requirement for service existed). The typical age to serve was 16, the oldest 65.

Everything about a Hereditary Troop Household was War related. From training at an early age in weapons and tactics, no real need for ''formal Military training'' was needed (as all Military Familes of this nature trained essentially the same way. Officers were not necessarily Noble, but were seen as higher in Rank and Class than a Foot Soldier (as were Non-Commissioned Ranks). The lifestyle was very regulated. Military Family Men were forbidden from marrying non-Military Family Women. As such The Three Kingdom Forces saw no need to resort to conscription.

Typically, these Soldiers lived in The Capital, and Families were well treated. The actual reason they were kept so close, is that The Emperor could insure His Forces remained loyal (else their Families could be slain). The Hereditary Forces were well armed and armored. Plate and Lamellar was the order of the day. Swords, Spear and Archery were the typical weapons. Cavalry was known to exist in Hereditary Forces. 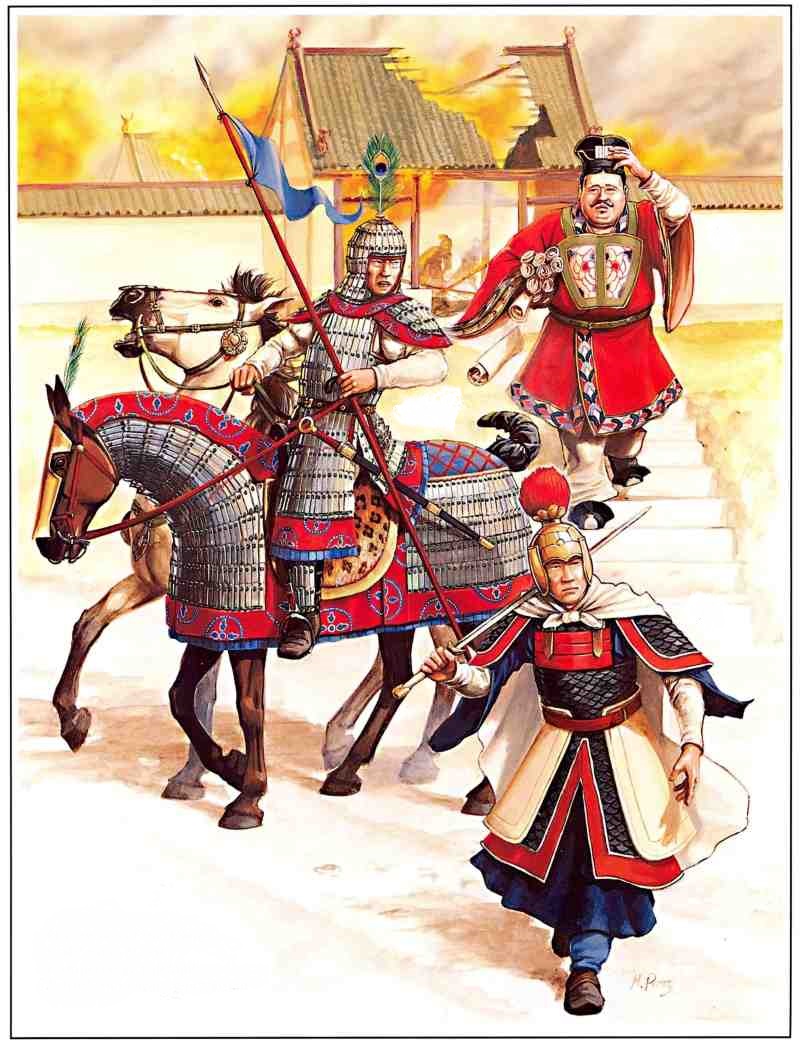