Also known as ''Mattie'' Blaylock, little was known of this tragic Female of Western Lore until the 1930s – although some brief mention of Her appears in various noted Western Diaries of The Era. She was ''witness'' to much of the turbulence of The Town of Tombstone, Arizona in the 1880s – to include the infamous ''Gunfight at The OK Coral''.

Celia Ann was born in Iowa, 1850 – a ''Middle Child'' to an older and younger Sister. Her Mother and Father were hard working Farmers with a ''staunch, Religious'' ideology. They made sure their Girls ''knew'' The Holy Bible. As being Female, The Blaylock Family followed the ''normal'' opinion of The Era that such was ''to serve'' (and nothing ''loftier'' more). Celia Ann was educated to some degree, being able to read and write. But even at an early age, Celia ann made it well known that ''Farm Life'' was NOT for Her.

Her older Sister married young (at 17 years). This made Celia Ann the ''The Oldest'' – and She was expected to ''pick up for Her Sister''. Very soon after, Celia Ann ''ran away'' (taking Her younger Sister in tow). They made it to several small Missouri Border Towns in 1868. Celia Ann was a skilled Seamstress, but most Towns had at least ''6 or more of such''. She couldn't fine ''steady employment''. This led Her to return Home. This however was NOT a ''fond and forgiving'' event. Her Parents took Her back, but ''shamed Her'' every moment they could. She ran away a final time around 1872 and headed for Fort Scott in Kansas. It was here that She took the name ''Mattie'' and turned to the only job She could get....Prostitution.

At some point, Mattie moved to Dodge City, Kansas – then a ''Cattle Mecca'' and magnet for every kind of ''Lawlessness, Outlawry and Vice''. It was here that she met Marshal Wyatt Earp. Earp (as we have seen) had made quite a name for himself in Law Enforcement at Dodge. He was also a cunning businessman, owing shares in several Saloons, Brothels and Gambling Halls. It is here that He no doubt met Mattie. The two ''hit it off'' and were soon regarded as ''Common Law'' Husband and Wife. It further did not seem to bother Earp much that His ''Wife'' maintained her ''Vocation'' In fact Mattie seemed proud of Her employment, listing it as ''Prostitute'' on several US Census Records.

Earp and His Brothers Morgan and Virgil and their Wives (also of ''dubious'' backgrounds), moved to Tombstone, Arizona in 1880. Mattie followed in kind. Earp quickly set up business stakes in several Gambling Halls, Silver Mine Shares, Hotels and Saloons. Both He and His Brothers (wishing to distance themselves from Law Enforcement) were making ''money, hand over fist''. This also kept Wyatt away from Mattie. Long hours (even days), Earp maintain a close watch over His ventures. This prompted Mattie to drink more heavily and, become addicted to Laudanum. This substance was an Opium-based ''elixir'' that was commonly prescribed for pain in The American West. It was VERY addictive. Mattie soon became so dependent on it, that the combination of alcohol and Laudanum kept Her ''in bed'' more often than not. This further placed a strain on Her and Wyatt's relationship.

The eventual Gunfight at The OK Coral which further spurred the reprisal murder of Earp's Brother Morgan, Earp taking up with another woman (Josephine Marcus) – and the ''Earp Vendetta Ride'' for the killers of His Brother – all drove Earp to never again seen Mattie after 1882. Earp sent word for His other Brother Virgil, His Wife and Morgan's Widow – to move to Colton, California. There Earp wished to ''start again''. No mention of poor Mattie was made. When this became apparent, She left Tombstone, heading to The Silver Mining Town of Pinal City.

Pinal was no longer a thriving Silver Town in 1882. The population had dwindled leaving little behind. Mattie returned to Her ''Vocation''. She did not fare well. In 1888, Mattie drowned Her sorrows in Laudanun and alcohol until Her breathing stopped. She died and was buried in a ramshackle grave with a simple wooden Headstone. Later – in the 20th Century, a local Western Historical Society erected a simple (but proper) stone plaque. It is well known that much of Mattie's history with Wyatt Earp was kept hidden from The Public by Earp's ''new'' Common Law Wife, Josephine (who jealously guarded the perceived ''legend'' of Her ''Famous'' Husband. 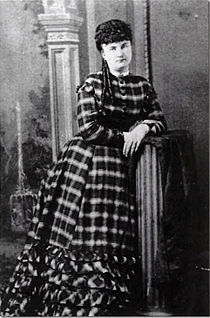