These Pre and early Middle Ages defensive structures were some of the first structures of their type built. In The Hilltop Family of defensive works, they differ in that very little actual stone structures were used. Dating back as far as 9,000 years, The "Rock Castles" may have originated in many Germanic Countries. Selection began with high, solid Hard rock foundations. Additionally, areas with natural caves and tunnels aided in the creation of inner buildings and related support structures. These were mostly built of wood. In cases of actual walls, small interlacing types were used to protect access points. Due to their natural height, Rock Castles were difficult to assault. This gave them a unique and almost 'impenetrable" nature. Access was afforded by rope ladders. These could be lowered and raised as needed. If those that lasted into the early Middle Ages, they would evolve into the more traditional Hilltop and Spur Castle Systems. 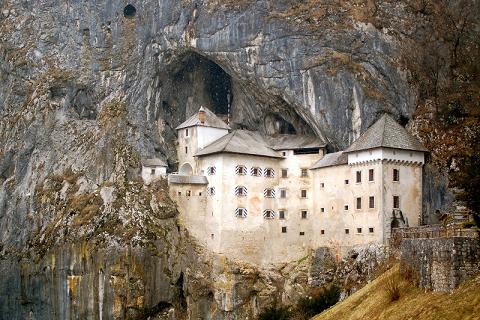