While only (5) were built (and none known actively deployed) – The Canadian Avro CF-105 ''Arrow'' Interceptor Jet was envisioned as Canada's ''first Line of Defense'' Fighter during The Cold War. It incorporated several designs borrowed from both The United states and Great Britain. The first prototype was unveiled the same day that The Soviet Satellite ''Sputnik'' was launched (1957).

It's very ''death knell'' was seen with much debate in History. Possibly close to being one of the most effective of Cold War Interceptor/Fighters, the cost of 5.5 Million (USD), was seen to be too excessive to The Canadian Government. Many think that The ''Arrow'' Project would have encrouched on US Cold War Defense measures. Despite the design being marketed to The US and UK, ''Arrow'' was never picked up.

Armament was to include up to (8) Air-to-Air Missile Packages of various types or (2) Nuclear capable Rockets (1,5 Kilotons each). 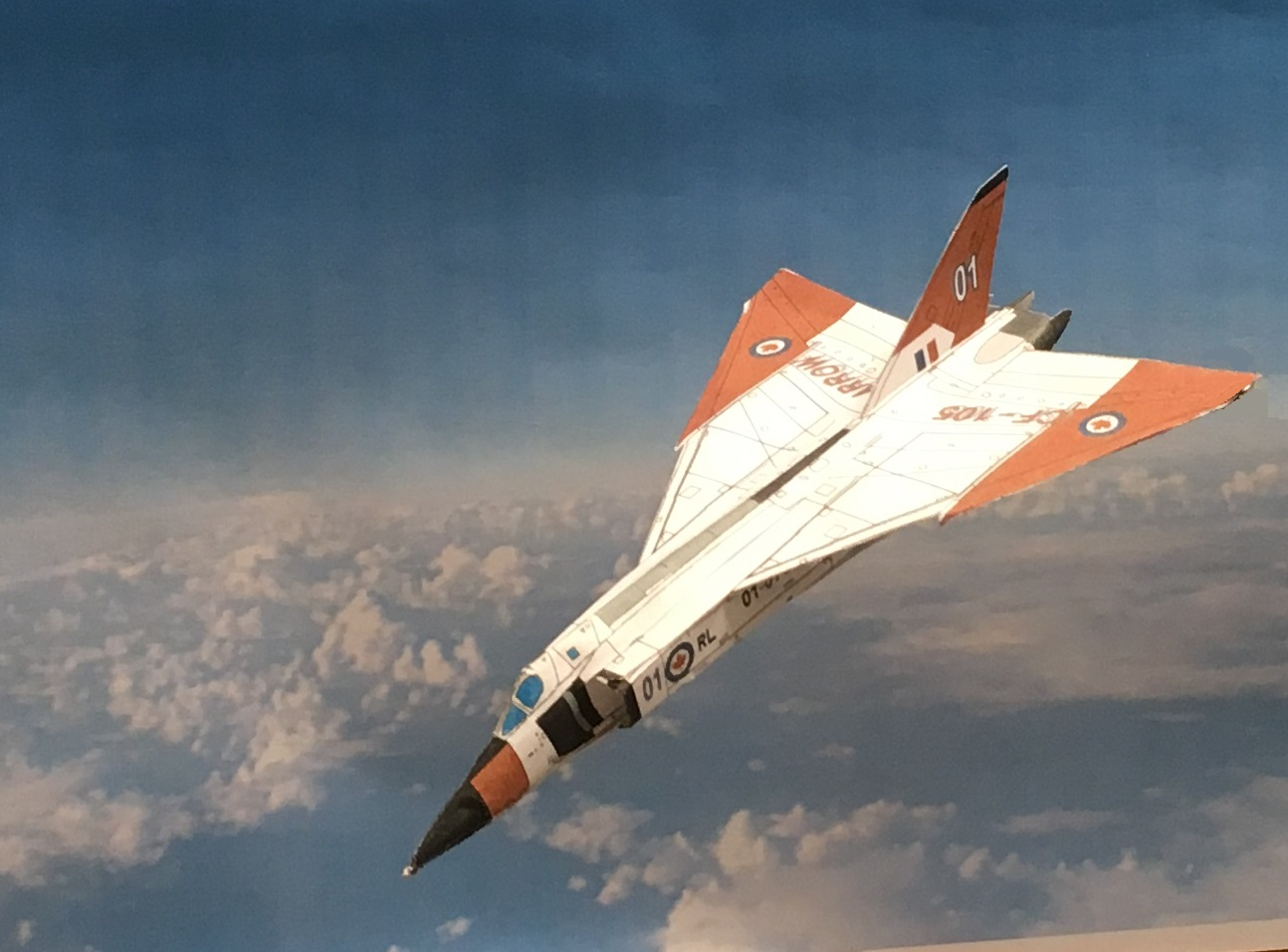