Born in England from Romani (Gypsy) Parents,William (later ''Canada Bill'') Jones learned at an early age the skills needed to to a Master Confidence Man and Card Cheat (called a ''Sharp''). It was said that at the age of 4 he had become a skilled performer of the Con known as The ''Three Card Monte''. By the 1860s, Jones had moved to Canada (hence His later nickname) and took up with many future Con Men of The American West. Jones learned much from ''going around'' with many of these men. It was no doubt that Jones and His Crew would move to The United States and start working The Riverboat Trade of The Mississippi River. So successful in one such Card Game, Jones reputedly won (His share) $240,000 USD.

However Men such as Jones often do not work well together. Jones and His Partners broke up at the start of The American Civil War (1861), with Jones going on as a ''single act''. Jones would soon become wanted in several Territories and States for His accepted thefts using the ''Three Card Monte'' Game. Still, Jones was unphased by His Warrants. The War caused His ''business'' to suffer a bit, but He still turned a ''profit''.

''Canada Bill'' Jones was said to be a ''kind and generous Man'' and quite ''popular with The Ladies''. His ''Brass'' was well known, even once approaching a Major US Railway Company and proposing that He provide ''entertainment'' (via His Three Card Monte Games). Jones would give The Railway their ''cut'' and Jones was sure He would make roughly $30,000 USD per week. Of course The Railway turned Him down.

Working The Rails nonetheless, Jones was a popular target for The Pinkerton's Agency. Uncaught, by the 1870s, Jones was reputedly earning $150,000 USD per year. Moving to Ohio, Jones ''streak'' finally broke. He began to lose to not only His ''Marks'' by to other ''Professionals''. By the time of His death from Tuberculosis in 1874, Jones was totally broke (dying in a Charity Hospital). Those former friends who still respected Jones for His skill, gathered together to pay for His Funeral. A common tale of His Funeral states that His Friends ''bet'' $1,000 USD to ''see'' if Jones was even in The Coffin, having ''escaped from tighter spots that this'' (referencing His ''escape'' from Death). 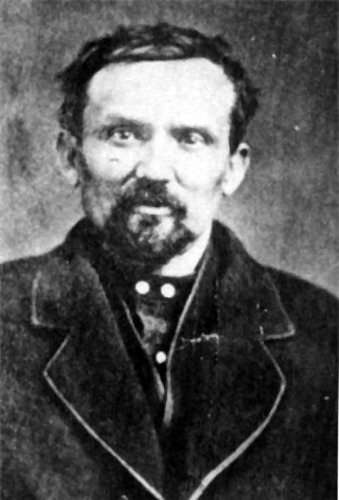