The Spanish Empire (by the mid-18th Century), had lost most of it's North American “New World” Holdings. England controlled most of The Eastern Coast of America (and well established thriving Colonies). Other than Florida (which would soon be ceded over to The English (and later America), Spain was still able to maintain it's possessions in Central and South America (as well as a foothold in The Caribbean). Seeing the loss of such vital resources to the hated “English”, Spain began to concentrate on the vast (and largely unexplored),

Upper North and West of North America. California had been “discovered” by Spain in the early 17th Century. With somewhat detailed maps, Spain began sending “Military” Expeditions into California. The Expeditions (which included Colonists), began to settle into what would become San Diego (and the surrounding Region). Met with stiff resistance from local Native American Tribes, permanent (and safe) settlements were at first hard to establish. Enter, The Catholic Church. Long a center piece of Colonial Spanish Culture, The Church went with Colonists into The New Territories. With the goal of providing for the “spiritual life” of The Colonists – came the dual role of conversion of the local Native populace. In doing this, not only would Spain be able to establish safe and more permanent structures, but have access to a large “labor force”.

The center of such endeavors was The Mission. Each Mission (wooden at first, then brick and mortar), was essential to a Colonies life. Agriculture, food preparation ans storage, even protection – all centered around these structures. Although under “Military Control”, most Commanders would defer to The Missions “Padre” (or Priest). Soon whole Religious Orders would establish peaceful relations (and conversions) of the local Indians. Out of these impressive structures (many of which are still in existence today), vibrant Cities and Towns would evolve into what would become The State of California. 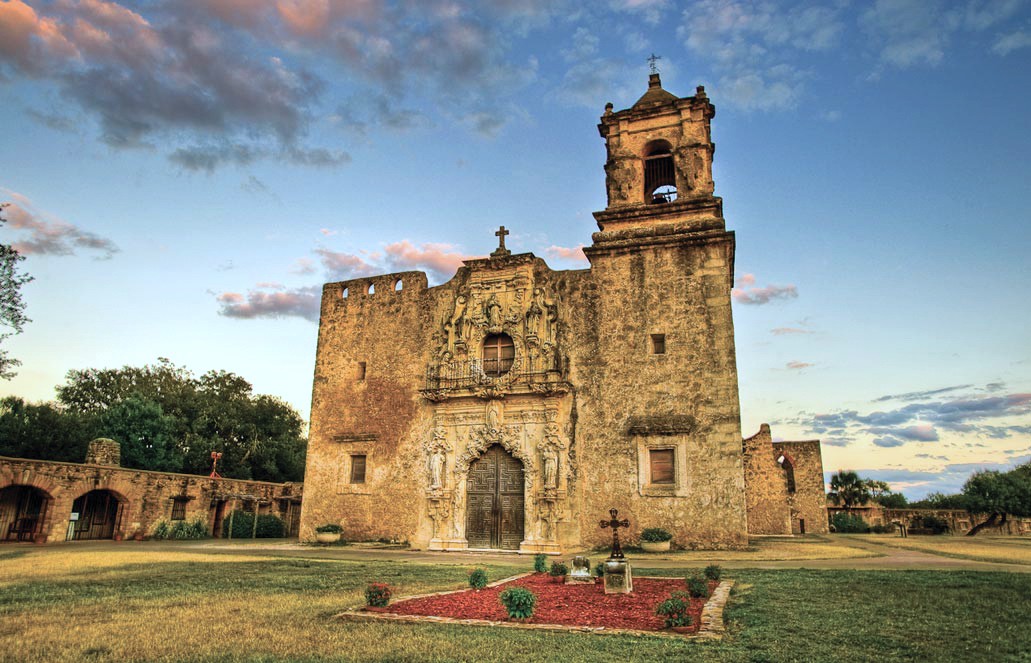