Although Byzantine, The Droungo Warriors were also late Roman Forces of the 4th Century AD. They originated possibly from several Greek Provinces, but their exact origins are a mystery – at best. They served primarily as Mountain Forces, specially trained and equipped to fight in high elevations as well as guarding mountain and hill passes through both far Northern Roman Provinces and later the same in Byzantium. Physically strong, The Droungo were noted for their long hair and beards and fierceness in combat. So much so that it was rumored that an Enemy, once hearing of ''who'' was guarding a particular pass, would rather seek another route than fight them.

On par with the later Varangian Guard, they wore Plate Armor Vests and Helmet. They used Shield, Sword and were known to be quite adept with Spear (Kontarion). Many would eventually be absorbed into Varangian Guard Units later in The Byzantine Army when it was restructured in the 13th century AD. 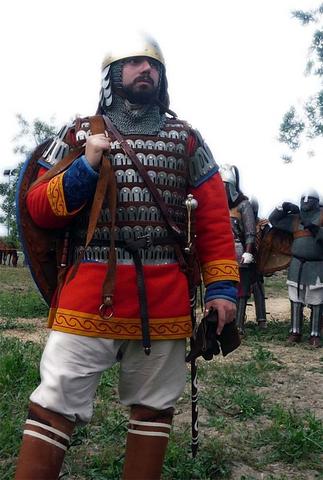