Located in Brough, Cumbria, England, Brough Castle was originally a Roman vitrified fortification built as a frontier encampment (4th to 5th Century AD). It's primary mission was to protect trade routes by both water (Eden River) and by land. By the 11th Century AD – with The Norman Invasions of England, many of the older Roman sites were cleared and tuned into Defensive Castles occupied by Norman Lord (Marcher Lords). Originally constructed in 1091 AD of the Motte and Bailey pattern of wood, Brough Castle, was soon refurbished in part with stone (granite). It's proximity to Scotland became a matter of contention between English and Scottish Kings. Brough featured prominently in The Great Revolt of 1173AD, when Scottish King William The Lion attempted to seize Brough Castle from English King Henry II. Attacking Brough with Flemish Mercenaries, after a protracted siege – Scottish Forces took the Castle. It remained under Scottish control until 1174AD, when it was retaken by English Forces. Under English King John I, Brough was completed in stone. Again taken by The Scots (peacefully) at the start of The 1st Scottish War of Independence (1314AD), it was garrisoned by did not see any combat. Under English control to The War of The Roses (1455), Brough Castle fell under Lancasterian control. It's Gatehouse was reinforced as well with several Defensive Towers added. Destroyed by fire in 1571, Brough was rebuilt again. It was not slighted under Commonwealth Rule (1649), but served as home to The Clifford Family (Commonwealth supporters). Again in 1666, a fire broke out that destroyed Brough. Stripped of much of it's outer defensive perimeter and battlements by the 18th Century, it has stood as a ruin since (although it has been historically restored as much as possible to preserve it). The primary Keep was close to 200-feet in height and was 3 floors. This was the principle structure of Brough. Family quarters were inside, as well as kitchen and other needs. The surrounding perimeter wall may have been as high as 40-feet and 5-feet in thickness. Defensive Towers (of which 3 may have existed) – were Rounded Towers and possibly 30-feet in height. Although it once had a Gatehouse, no Moat was created. 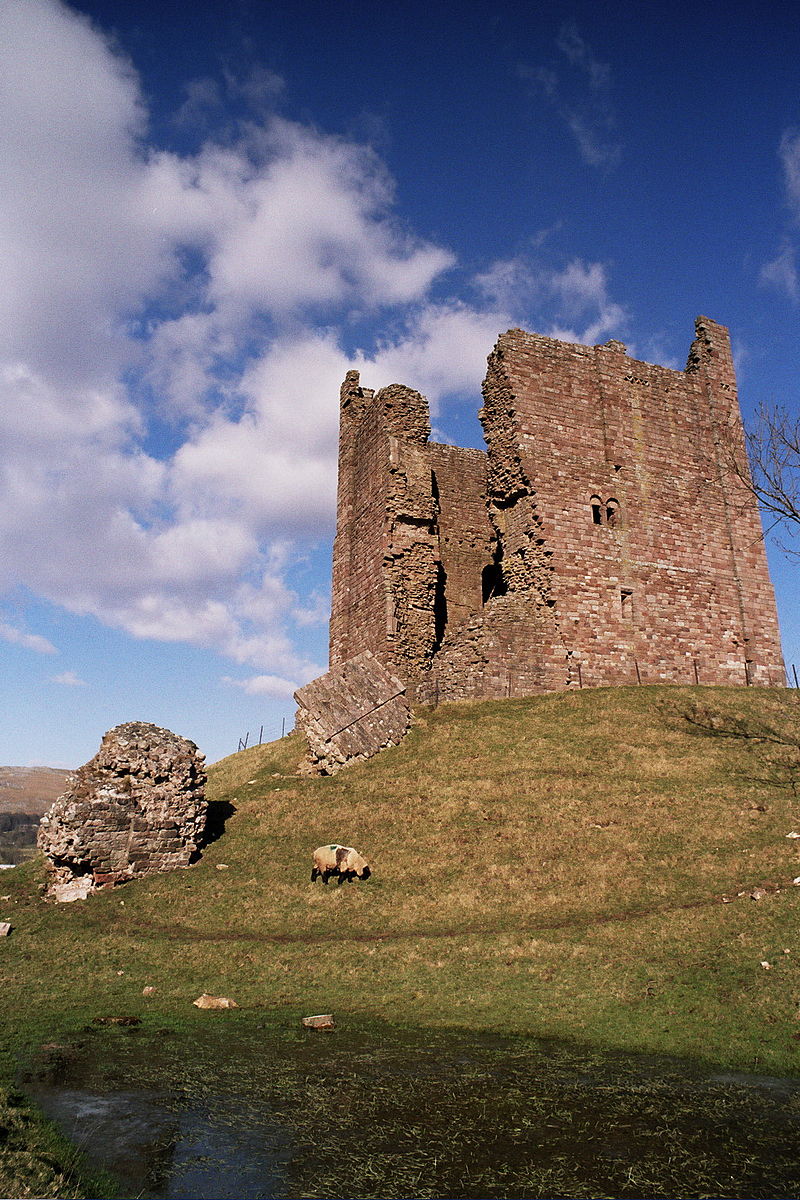