The British ''X''-Class Submarine was classed as a ''Midget'' Vessel, used by The Royal Navy in World War II. Also known as The ''X Craft'', these were covert Warships used against German War assets. Much larger than the previously discussed ''Chariot'' Covert Submarine, The ''X-Class'' was 30-tons and roughly 50-feet in length. They crewed (4). Capable of 12-mph (submerged), The ''X-Class'' used a 30-HP Electric Motor for propulsion power. The Class could reach 300-feet. Armament included (2) 4,000-lb ''Magnetic Mines''. No defensive weaponry was installed, due to the covert nature of Missions. Of the (20) built by 1943 – only One was lost in Combat. 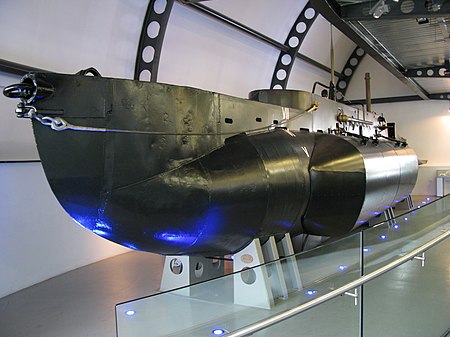