The Westland Welkin Heavy Fighter was designed in 1940 in response to The ''Battle of Britain'' (Air War), in which The German Luftwaffe's Junkers (High Altitude) Bombers had established a serious danger to English ground assets. The Welkins (also designed for High Altitude fighting), was the overall response to this danger. However, Hitler's cessation of The Air War in lieu of ''V'' Rockets, coupled with the gradual progression of Allied Forces into Germany (1944), caused The Welkins Fighters to never see prolonged Air Combat. The 75 produced, while deployed ''sat out'' much of the late War years. After The War, all were scrapped.

Piloted by (1), The Welkins was 42-feet long with a 70-foot wingspan. Power came from Twin Rolls Royce Merlin 12-cylinder Engines, each producing over 1,200-HP. Average airspeed was rated to 385-mph. Operational ceiling was 44,000-feet with a Mission Range of 1,450-miles. Armament included (4) 20mm Wing Cannons. 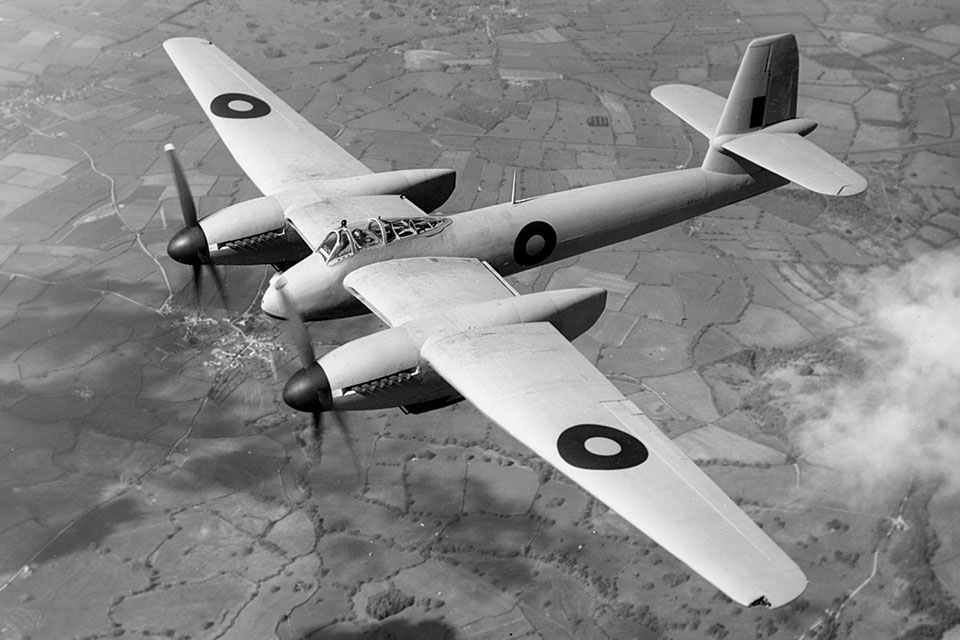