The ''Thunderbird'' Surface to Air Missile System was a Cold War weapon of The British Army, first introduced in 1959. They would remain an active component until 1977 – when they were phased out. The ''Thunderbird'' was a Mobile (Towed) System, transported via carrier and Utility Vehicle to a predetermined location. The effectiveness of The ''Thunderbird'' lay in it's radar jamming devices as well as radar homing (targeting). The Missile was specifically designed to ''fly the nape of The Earth'' or maintain a low-altitude above terrain. Their deployment was designed for Homeland Defense during The Cold War.

The ''Thunderbird'' weighed 1,200-lbs and measured 21-feet in length. Missile diameter was 2-feet. The Missile was stabilized in flight by attached wings measuring 5-feet. These were solid fuel propelled Missiles, capable of airspeed of Mach 2.7 (1,300-mph). Warheads were traditionally HE (High Explosive) yields. The System was deployed through England with The British Army. 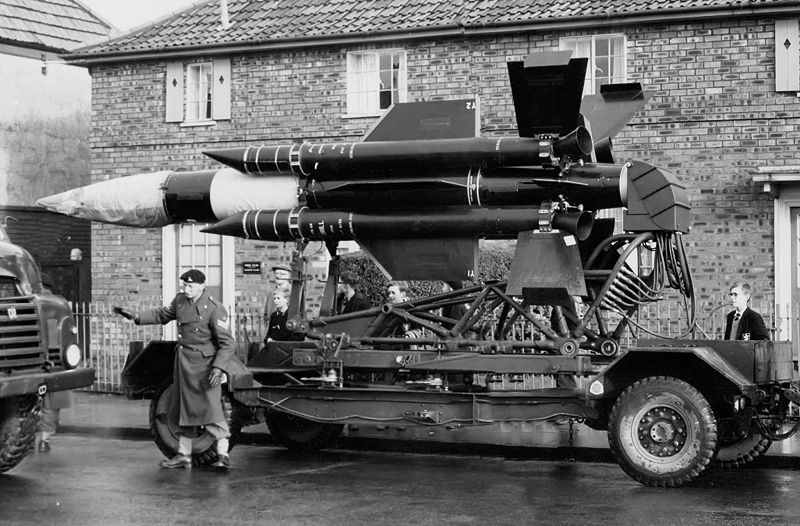