Perhaps one of the most unusual and intriguing Chapters of World War I, was the secreted Project known as The ''Q'' Ships. These Vessels, deployed by The British Royal Navy during The War – were ''Masters of Deception'' and designed to be ''Submarine Hunter-Killers''. The Vessels were basically simple and unassuming Merchant Vessels – with a deadly component. Named for the ''Secret Port'' in which they were refitted (Queenstown, Ireland), these ships were actually heavily armed Ships. Their sides were retractable and would reveal a Gun Deck which carried Heavy Caliber Cannon and Guns. Additionally, disguised Deck Guns were also added. Their primary Mission was to ''lure'' German U-Boats to the surface and then attack and destroy them. Traditionally at this point in Submarine Warfare, while Submarines could fire their torpedoes underwater, these were still primitive and unguided weapons. A better chance was had IF the Submarine Commander surfaced and fired. This flaw is what gave The ''Q'' Ships their edge. Rather that sinking a ''fat'' Merchant Ship, it was much better to commandeer it.

While the use of ''Armed'' Merchant Ships was not new to Naval Warfare (with it first being documented in the 18[sup]th[/sup] Century), the practice was seen with The Dutch East Indian Fleet and of course, as a tactic used by Pirates and Privateers. Still, these Ships were seen as ''Armed'' (as was a traditional Warship). Most Navies followed the strict Code of The Sea, which forbade a ''Civilian'' Ship from being Armed (or otherwise attempting to create a deception). ''Q'' Ships thus, once an Enemy was forced to the surface, immediately had to hoist The ''White Naval'' Ensign of The Royal Navy – thus establishing them as a Combatant. The unusual ''Warships'' (of which it is estimated that over 300 were constructed or refitted for this purpose), had an impressive battle record and lost only 66 during The War.

Impressively, The ''Q'' Ship was constructed to be lightweight and able to withstand a direct torpedo hit (often reinforced with wood and corking to make them hard to sink). This was another secretive factor of The ''Q''s. Germany too, attempted to construct a ''Q'' Fleet (only 6 Ships), late in The War. These Vessels were not as effective. The US (after The War), briefly experimented with several ''Q''-like Ships, but these Programs were largely ignored from a Military perspective. Some ''Q'' Ships have in fact survived and can now be visited as ''Museum Ships''. 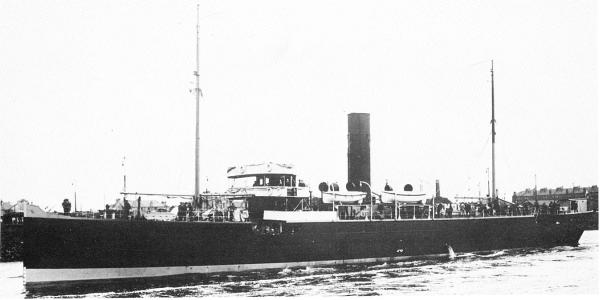