Produced between 1952 and 1971, The British “Ferret” was envisioned as a suitable replacement for the Light Armored Vehicles produced in great numbers during World War II. (16) variants were produced to over 5,000 – and were widely marketed or sold to most Commonwealth and NATO Allies during manufacture. The “Ferret” weighed 3-Tons. The Light Armor Vehicle was 12-feet long and 6-feet high. They were crewed by (2). They supported a Roll-Royce B-60 Engine (8-Cylinder) and could achieve 60-mph on open terrain. The “Ferret” featured 4x4 independent wheel traction, and could range 200-miles. Weapons Systems was a primary “General Purpose” Machine Gun in the 7.62mm Caliber range, supported in some Models y The Browning .30 Caliber Machine Gun (a hold over of World War II and still in great stock piled supply). Over (20) Nations (mostly Middle Eastern), still use The “Ferret” for close Infantry Support Service. Some have been fitted to support lighter Missile Systems as well. 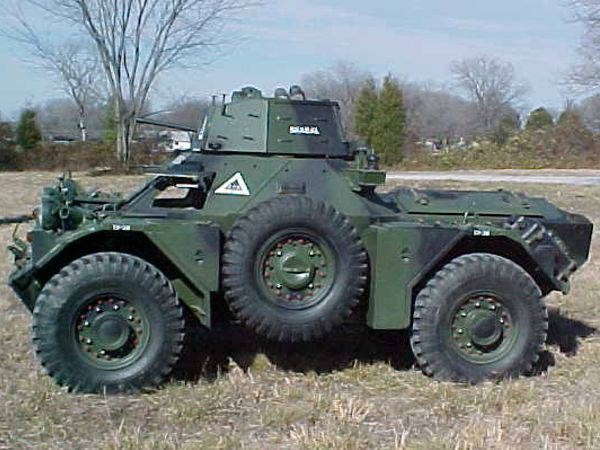