The British produced Fairey Fox Light Bomber-Fighter Plane was an Inter-War Period aircraft. While it saw no World War II Service with The British Royal Air Force, it did see some limited service with The Belgian Air Force. Although outclassed by the more ''modern'' Fighters of Germany, The Fairey Fox still made a good showing in combat – scoring (1) Messerschmitt 109 kill and 75 Combat Missions flown. During The Inter-War Period, many Countries developed and flew a wide variety of Fighters and Bombers. Most of these were early prototype designs for future Fighting Aircraft used commonly in World War II. The Fox was an effective Bi-Wing Fighter with the dual role of Light Bomber.

A (2) Man Crew, The Fairey Fox was 30-feet long with a Twin Wingspan of 37-feet. It was powered by a single Hispano-Suiza V12 Engine. It was capable of 800-HP with an airspeed of 225-mph. The Fox operational ceiling was rated at 32,800-feet. Armament ranged from (2) Maxim Guns which were Forward Mounted and (1) Rear Mounted. It could carry 220-pounds of munitions. Sweden would be the last Air Force to maintain The Fairey Fox in it's inventory until 1945. None are known to still exist. 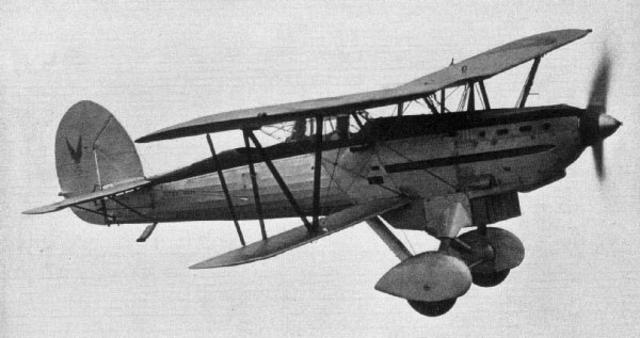