The British BL 6-inch 26cwt Howitzer was a long serving Field Artillery piece used by The British Army in both World War I and II (1915-1945). A towed piece, The 26cwt was developed to replace aging and ineffective artillery pieces from the end of the 19th Century. The 26cwt was seen as being a counter to various models of Imperial German Guns being used in support of the Trench warfare of World War I. The 26cwt was seen by some Historians as one of Britain's most important assets of World War I – and it is determined that over 22 million artillery shells were fired during that conflict. 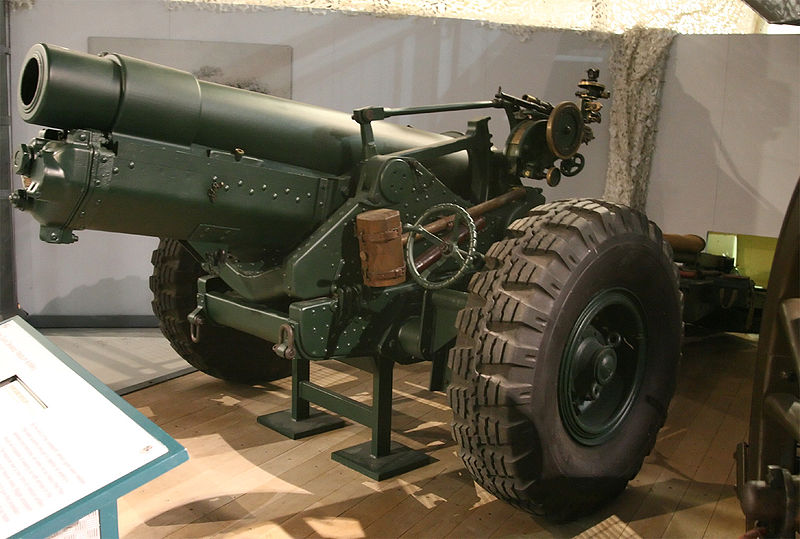