Garrisoned to Ireland in the 1750s, The 30th would fight in The Seven Years War. Their past service as ''Marine Infantry'' was again called upon as the majority of their engagements involved Coastal assaults from The Sea against France. They would be among the last British Regiments sent to America (1781) at the end of The American Revolution.

By the time The Napoleonic Wars, The 30th was deployed to Europe and fought in many battles with The Duke of Wellington's Army. They would gain fame at The Battle of Waterloo (1815), when The 30th supported The ''Infantry Square'' formed by The British 72nd and 73rd Infantry to withstand the Charge of Napoleon's Cavalry.

During The Crimean War (1855), The 30ths would fight at Inkerman, Alma and The Siege of Sevastopol (suffering heavy casualties). Their last foreign posting was in Canada in 1861, when – during The American Civil War, American Naval Forces boarded a British Flagged Ship to interdict Confederate American Diplomats. The incident – known as The ''Trent Affair'' almost started another War between The United States and Great Britain. The 30th were deployed in the event such a War was declared (it wasn't). The 30th would remain in Canada however, due to The Fenian Raids of the 1860s.

Returning to England in 1871, The 30th would fall prey to The Childers Reforms on the 1880s. They were merged with other British Regiments. The Regiment received (7) Battle Honors and was awarded one Victorian Cross (The Crimea). 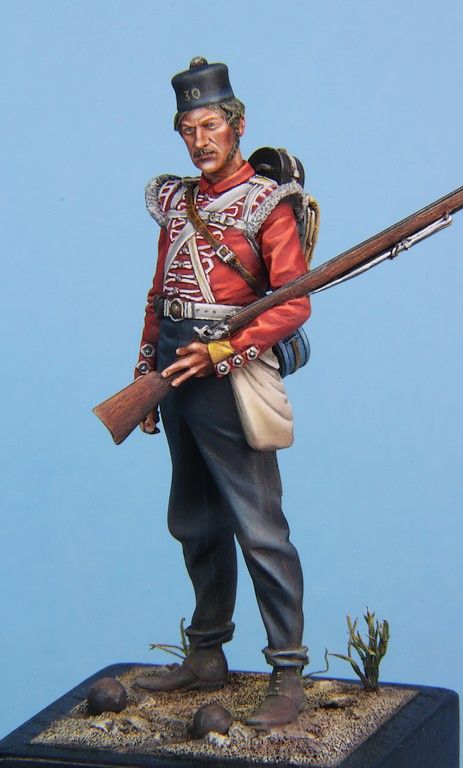