Formed in 1688, The British 17th Regiment of Foot was one of the more active of Units with English service. They saw (more or less) 300 years of maintained service, mostly in Colonial Conflicts. When mustered, they originally numbered 300 Officers and Men. Their first engagement was The Nine Years War (1688-1697). They would continue with honor through The War of Spanish Succession. By the start of The French and Indian War (North America), The 17th was deployed into that Conflict. They would remain after the English victory – as part of The British Garrison.

By 1776, and the start of hostilities with The American Colonies, The 17th was among the first British Units deployed into The City of Boston (Massachusetts). They would fight in many of the epic Revolutionary War battles, to include Long Island, White Plains, Brandywine and Germantown – where they suffered almost 40% casualties. At Stoney Point (1779), several Companies of The 17th would be captured by US Forces. They would be present at Yorktown (1781).

The 17th would continue Foreign service in Australia (during their Rebellions). Later, The Regiment (renamed due to The Childers Reform – as The Royal Leicestershire Regiment) – would fight with distinction in World War I and II. In 1964, The Regiment would be merged into The Royal Anglican Regiment, as they are now known. 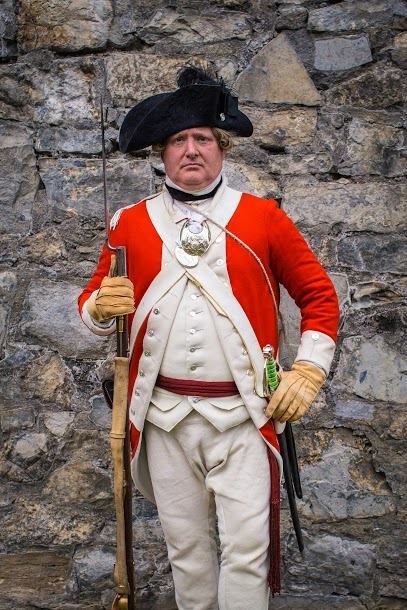