The British Royal Army's 13th Light Dragoon Regiment was formed in 1715 and served as a major fighting component of The British Army for over 300 years. They originally took part in The Jacobite Rebellions in Scotland (1740s) and were also deployed to Jamaica for a period of time. As traditional Dragoon Forces, they were adept in the saddle and on the ground as foot soldiers.

They 13th Dragoons began to earn honor for themselves with Britain's involvement in The Napoleonic Wars. They were a major fighting component during The Peninsular War (1810), when The Regiment charged (6) French Cavalry Detachments (greatly overwhelmed). Their hard fighting skill won the day and turned The French, but their celebrations in a nearby Town almost caused them to be removed as Dragoons and converted into standard infantry!

During The Battle of Waterloo (1815), The 13th Dragoons charged the French Lines repeatedly, taking heavy casualties, but nonetheless – maintained charge after charge. Their constant pressure on The Line allowed time for Allied Reinforcements to launch their final assault against The ''Grand Armee'', which brought about their destruction at that battle.

The Regiment's History would again take on epic proportions during The Crimean War of the 1850s. They were a part of Cardigan's Charge at Balaclava Heights, the infamous ''Charge of The Light Brigade''. They lost 40 Officers and Men in the melee. (1) of the recently created Victoria Crosses for Bravery was awarded.

Renamed The 3rd Hussars in 1861, The 3rd fought in Afghanistan and later in The Boer War (1899). During World War I, The 3rd made history again with their charge up a hill heavily defended by Turkish Forces at The Battle of Sharquat (1918) – taking (4) heavy artillery pieces.

By 1922 however, The 3rd was merged with the 18th Royal Hussars due to reforms and realignments of The Royal Army. They are now part of The Light Dragoons (1992). 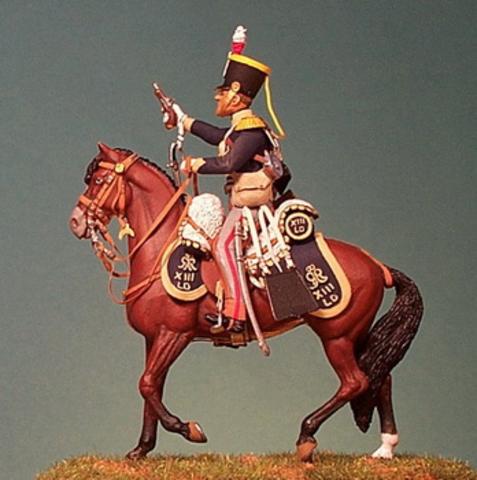