Formed in 1685 as The Lincolnshire Regiment, Army Reforms of the 18th Century renamed them The 10th Regiment of Foot. Classed as a Royal Regiment, The 10th were very active in many of Britain's Foreign Conflicts of the 18th and 19th Centuries. The Regiment fought first in The Nine Years War (1688-87) and War of Spanish Succession (1701-14). The Regiment was also noted for being one of the first British Regiment to actively engage American Colonial Militia Forces at The Battles of Lexington and Concord (1775). They would also fight in the epic Battle of Bunker Hill (Boston, 1775).

The 10th would also serve with distinction during most of The Napoleonic Wars of the early 19th Century. Later, they would fight in much of The Indian Sepoy Rebellions (1850s). Several Victoria Crosses were awarded to members of The 10th for their participation. Still quite active in the late 19th Century, The 10th would fight in The Mahdist War, Sudanese Campaign and both Boer Wars. By this time, The 10th was allowed to retain their original title of Lincolnshire Regiment in 1881. 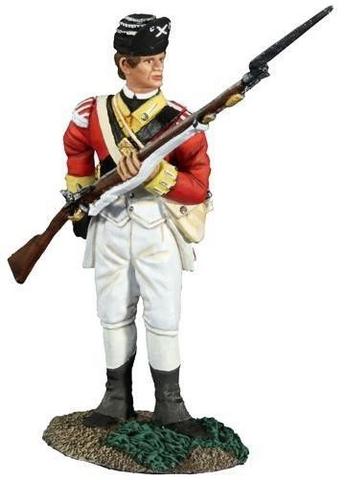