The term ''Boothill'' is rather indicative to The United States and it's ''Wild West'' lore and legend. The name ''Boothill'' is derived from a common Town Cemetery found outside of most (if not all) American Western Settlements. Due to the land being rocky and ''rough hewn'', Cemeteries were difficult to create. The ground was often too hard to dig and when ''needed'' – took many days to prepare graves for usage. It was quite common for Families to bury ''their own'' at their own Family Homesteads out on the Prairie. But for those who lived in Town, it was needed. Placed on the outskirts of Town, such graveyards were often giving fencing of wood (and quite often nothing at all). In terms of the geographical tern ''Hill'', (if one could be found) – these locations were far more desirable – due to the ground being ''easier'' to dig into. Of course the expected depth was 6-feet (to prevent possible digging by wild animals looking for a ''meal'' later!)

The issue developed as to just ''where'' to bury criminals and Outlaws. No one wanted to spend 'Eternity'' next to a criminal. So in many cases, a separate location was created. Poorly (if rarely tended to), these areas were barren and lonesome. The Outlaw, regardless of Him being shot to death or hung after trial, was often buried wearing His Boots. Hence the combined terms of ''Boot'' and ''Hill'' came to be be associated with an Outlaw Cemetery. Markers were rarely made of carved stone (tombstone), but whatever wood was available. In keeping with Western style, the Outlaw's name and date of death was carved, as was ''why'' this person came to be placed on ''Boothill''. Some of these ''Grave Ditties'' were meant to be rather humorous (death was looked at far different in The American West of the 19th Century). An example of such ''Gallows Humor'' was ''Here Lies Bob Ford, Shot by The Sheriff and His .44'' (referencing Mr. Ford being killed by a .44 Caliber Revolver).

Most ''Boothills'' have long since vanished into Nature over the Centuries. However, several have actually survived into modern times, renovated as portions of Western Town Museums showing even the more gruesome side of 19th Century Western Life. An example is ''Boothill'' in Dodge City, Kansas. A portion of that Town is still maintained as it looked in the 1880s, along with it's Boothill and of course it's infamous occupants. 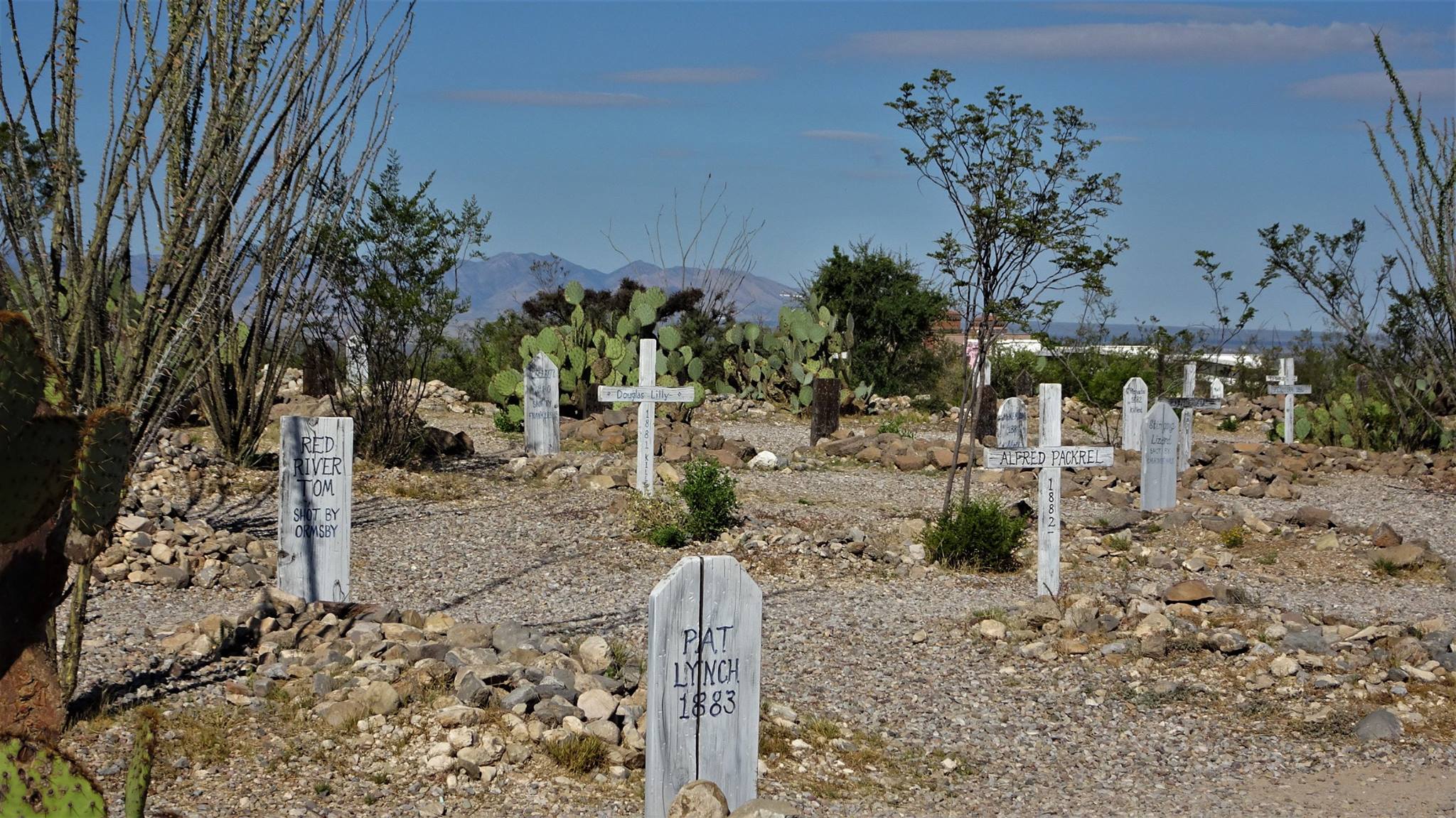