This innovative Armored fighting vehicle was first prototyped by The Daimler Motor Company of Austria  in 1905. It was one of the first "4-wheel drive" vehicles developed. The Panzerwagen prototype was well capable of traversing most types of battlefield terrain with ease. Fully enclosed, it featured a 360-degree iron Turret on the rear top portion of the vehicle. Twin Maxim .303 Caliber Machine Guns. It was supported by 4 vulcanized tires. The Daimler could achieve 35-mph (27 on the battlefield). Protection came from 3.5-inches of armored plates. A crew of 3 was supported. Another unusual innovation, The seating in The Daimler allowed for raising and lowering 12-inches. Demonstrated to The Imperial German Army in 1905, it waseems considered too expensive at the time, and was initially passed on for purchase. 5 were known to have been made, which were seen in The War in 1915. 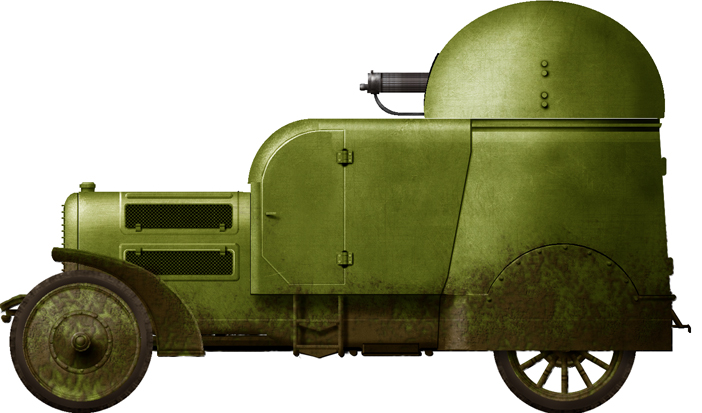